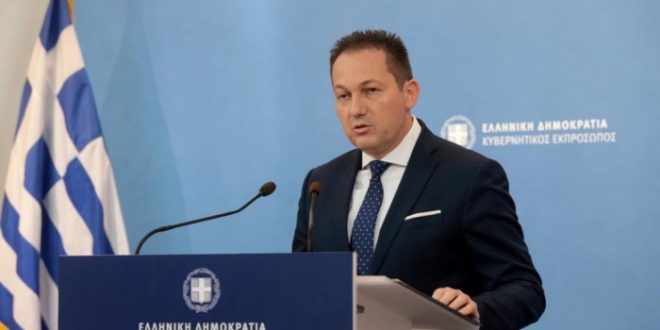 Ιnterior Minister Stelios Petsas defended the government policy to halt Covid-19 tests free of charge to unvaccinated workers calling them “dodgers,” while at the same time it makes it obligatory for them.

“Paying for the rapid test out of own pocket is an extra incentive to get the vaccine and not to be a free user, the ‘dodger’ who uses the structures free of charge when others pay for them,” Petsas said in an interview with state broadcaster ERT on Monday.

The ex government spokesman said that “everything in life has a cost for our choices,” and added that “when we spend 8-9 months trying to persuade our fellow citizens to get the vaccine, which we have made available for free, at some point we should also protect taxpayers’ money and give a clear incentive to those who are not vaccinated.”

What the Minister forgets is that also those who oppose vaccination keep paying for the health services incl vaccines and testing, through their social contributions and taxes.

One day, Petsas will also find out that the “unvaccinated dodgers” also pay for his four-digit salary, office expenses, his staff. his mail and business lunches.

The “dodgers” even came up for the 20-million-support to media Petsas as government spokesman generously distributed to media, that is public money from public revenues to media with the single aim that they support the government.

PS KTG is pro-vaccination, however, as it’s not mandatory for constitutional reasons, any government has to respect the citizens’ free choice and has no right to exclude them from medical acts.