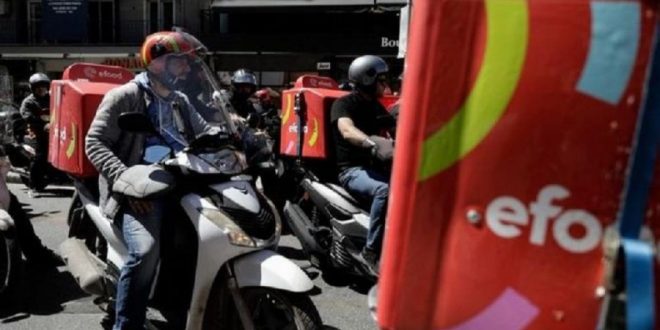 A massive mobilization on Greek social media caused an online platform and app for food delivery to suffer a huge customers’ backlash on Friday. Reason for the strong reactions was the decision of e-food platform to change the status of dozens of its delivery workers into freelancers.

In a email to delivery workers, the company said that they will either be freelancers or lost their jobs. The company had sent the e-mail to 115 of its distributors on three-month contracts on Thursday.The company justified its decision “in the context of increasing the productivity of the [company’s] fleet and its broader strategy.”

They posted it on social media and went viral and reported in zerotime.

The customers community understood the e-mail as it was , that is a blackmail, and trigger a huge wave of solidarity for the workers on motorbikes.

Using the hashtags #cancel_efood, thousands of Greeks posted tha they had uninstall the e-food app form their devices  and would no longer be using the service in protest at the company’s approach to labor rights.

With hashtag #cancel_efood being at the top of the trends on Twitter since Friday morning, the anger was reflected in the ratings and the customer comments under the application in the well-known playstore.

How to lose your customers' trust that you've built over the last 10 years in one day #cancel_efood pic.twitter.com/NoMIi2htAQ

In very short time, the app rating dropped from 4.7 to 2.9, thus testifying that customers were massively running away from the app, noted news website koutipandoras,gr. 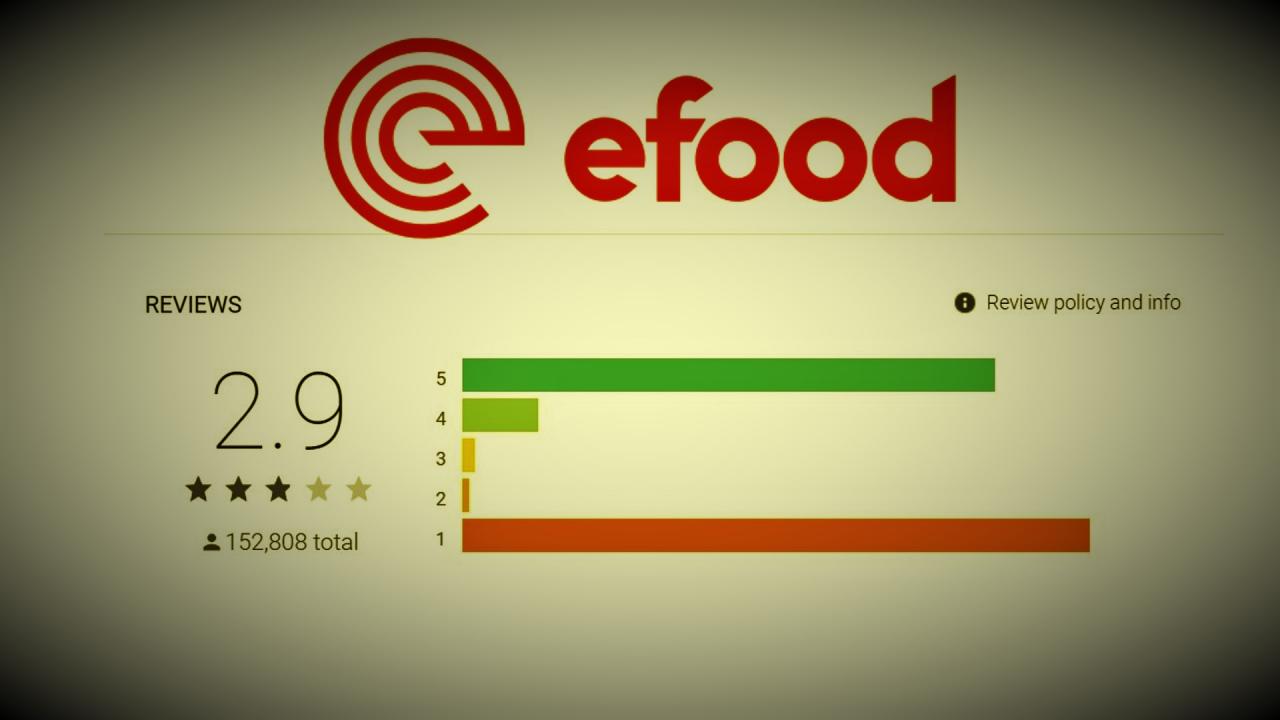 By Friday evening the rating had gone down to 1.0 with 162 thousand (most probably negative) reviews.

Those customers who also tried to delete their account were angered to see that they could not do it immediately but had to submit a request for this first and wait for an unspecified time.

@GooglePlay The company "efood delivery" that you host in your playstore, appears to be blackmailing its employees. In addition, any user that tries to delete an account, receives an email that refuses the right to be forgotten and ask charges to complete deletion #cancel_efood pic.twitter.com/2E3FN47Vlv

Friday afternoon, the company issued a statement regretting the “incorrect wording” of the message sent to the 115 delivery workers, noted newspaper kathimerini.

“There was no intention of creating a climate of insecurity among distributors, but instead offered to those workers whose contracts were expiring [on 30 September], a new way of working with the company that will work positively for both parties.”

roses are red,
violets are blue,
employee rights are good,
so I #cancel_efood

The Committee Struggling for the Rights of Delivery Workers, based in Thessaloniki, told media that the 3-month contracts need to be immediately renewed. In a statement posted also on news website thepressproject. The website noted that the majority of the 2,700 delivery workers of e-food are leased by a labor company.

Many Greeks blame the latest Labor Ministry bill that easily allows employers to get rid of contract workers, and other add that a delivery worker cannot afford to work as freelancer due to the high social security contributions and taxes.

Note that delivery workers even when hired by a company, they provide the motorbike, the helmet and other tools essential for work by cold, rain and heatwave and they also come up for repairs from their own pockets.

The company practically works for food stores that cannot afford or do not want to have their own delivery service, like McDonalds.

As we are in Greece, the issue quickly became political with ruling New Democracy issuing a statement accusing main opposition SYRIZA for blaming the Labor Ministry Law for the practices of the private company. ND spoke of “shoddy fake news.”