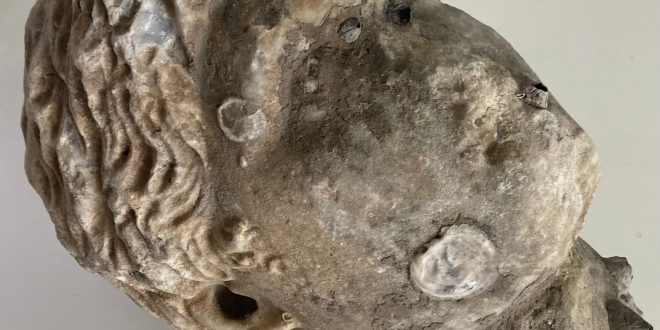 Head of Roman-era statue found in the sea off Preveza, western Greece

October 12, 2021 Archeology, Culture Comments Off on Head of Roman-era statue found in the sea off Preveza, western Greece 840 Views

The head of a statue dating back to Roman times was pulled out of the sea near Preveza, at a depth of about 10 meters. According to a statement by the Greek Culture, the head of a Roman-era statue, was probably sculptured at the time of the emperors Antoninus or Severus (2nd – 3rd century AD). 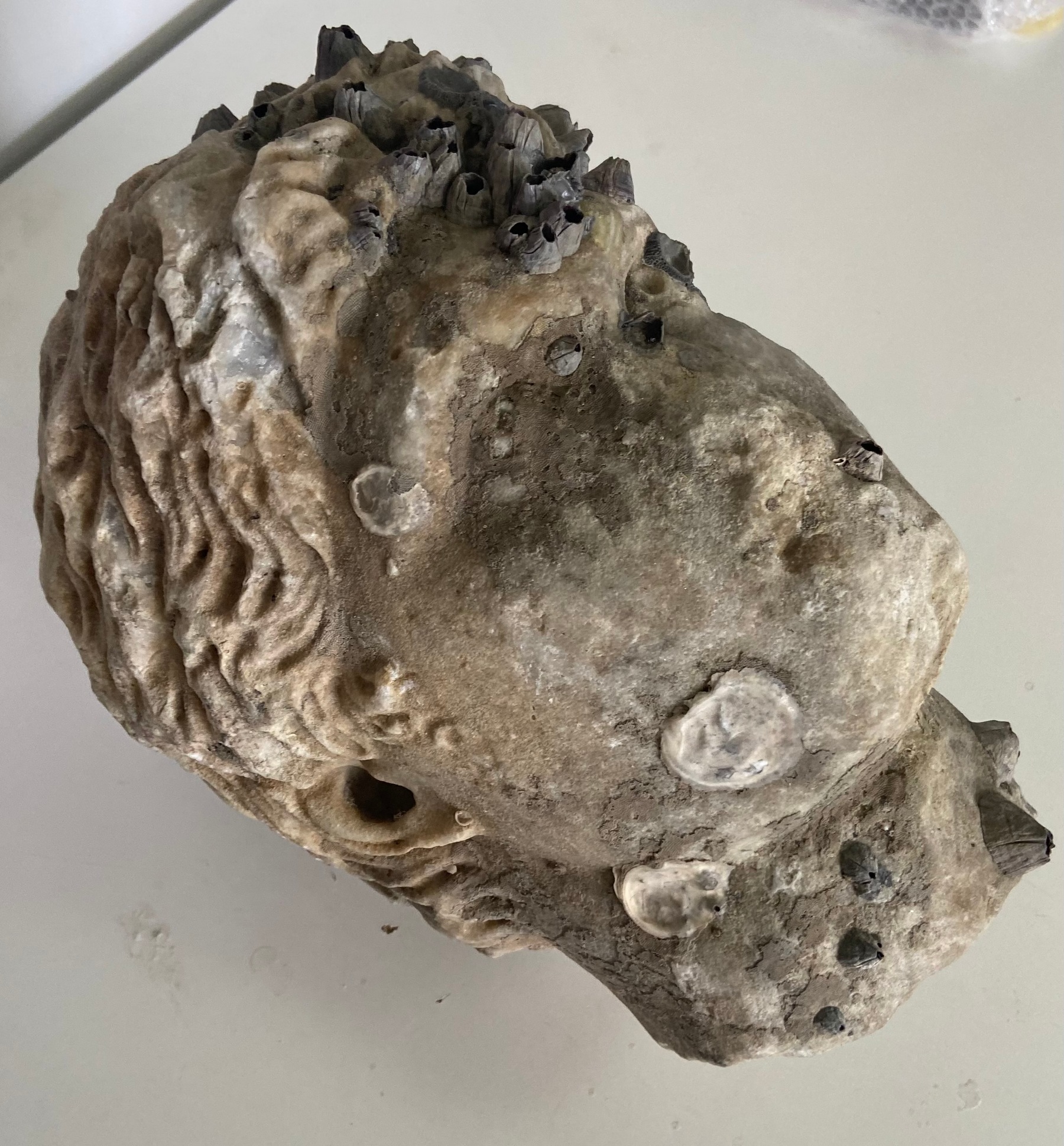 Τhe head, made of Pentelic marble, is almost intact except for parts of the headdress, the nose, the right ear and a small part of the chin, while it was found partially covered with marine life.

The site was suggested by Dimitris Karamanidis, who informed the Port Authority of Preveza and convened a meeting with the participation of an archaeologist of the Ephorate of Antiquities of Preveza.

The officials watched the excavation and arranged the transfer of the find to the Archaeological Museum of Nikopolis, where desalination and maintenance works began immediately.