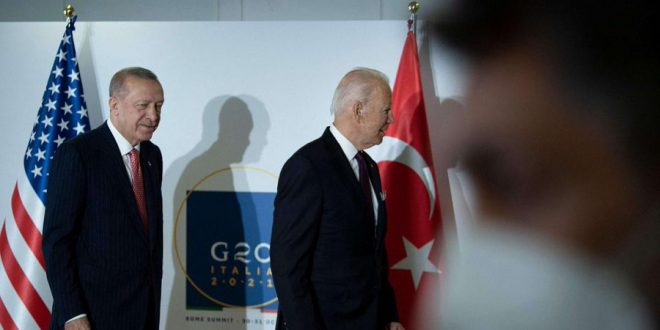 U.S. President Joe Biden met with Turkey’s President Tayyip Erdogan on the sidelines of the G20 in Rome. The leaders met amid tensions between the two countries over defense and human rights issues.

The two men discussed Turkey’s request to purchase F-16 fighter jets, which U.S. lawmakers have opposed on the grounds that Turkey purchased Russian missile defense systems. Biden told Erdogan his request for F-16 fighter jets had to go through a process in the United States and expressed a desire to handle disagreements between the two countries effectively.

“President Biden reaffirmed our defense partnership and Turkey’s importance as a NATO ally but noted U.S. concerns over Turkey’s possession of the Russian S-400 missile system,” the White House said in a statement after the meeting. “He also emphasized the importance of strong democratic institutions, respect for human rights, and the rule of law for peace and prosperity,” it said. 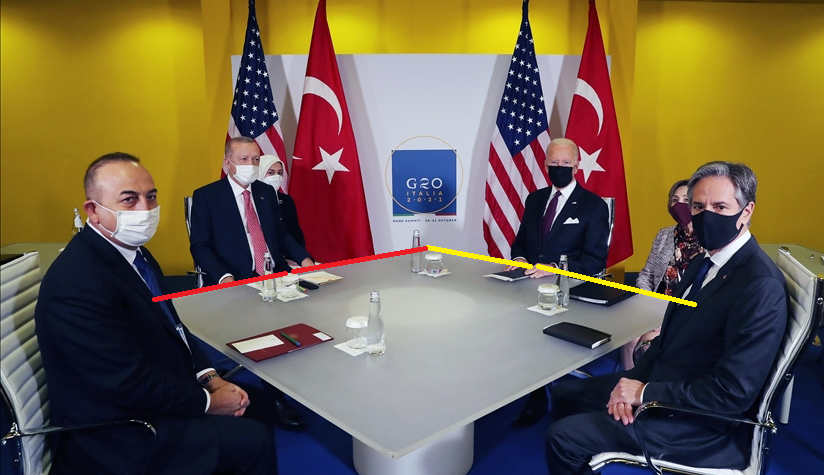 “The president took on board his desire to have them but made very clear that there is a process that we have to go through in the U.S. and committed to continuing to work through that process,” the senior administration official said.

A different U.S. administration official said on Saturday that Biden would warn his Turkish counterpart that any “precipitous” actions would not benefit U.S.-Turkish relations and that crises should be avoided after Erdogan threatened to throw out the U.S. ambassador to Turkey and other foreign envoys for seeking the release of jailed philanthropist Osman Kavala. Erdogan later withdrew his threat to expel the envoys.

After the meeting, Erdogan told reporters that Biden had a positive attitude on the modernization of F-16s.

Turkish President Erdogan after recent meeting with US President Biden:

-I have seen a positive attitude by Mr Biden

To a reporter’s question whether they discussed the situation in the East Mediterranean, Erdogan said that they didn’t, although the White House Statement said they did.

PS No matter what Biden and Erdogan reallu discussed, Greek TV channels cheer that the US President did not met Erdogan’s requests and added that the Leaders at G20 turned him down.