Breaking News
Home / News / CORONAVIRUS / No lockdown for economy and society, says Greek PM as infections on the rise 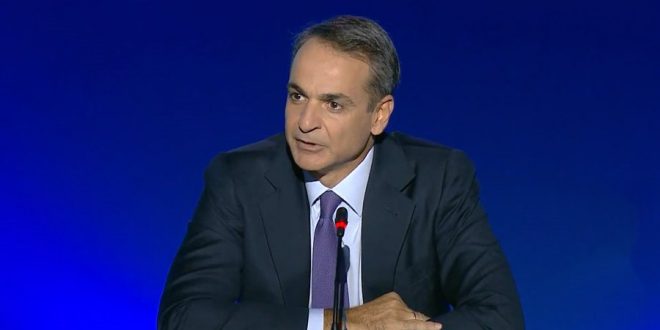 No lockdown for economy and society, says Greek PM as infections on the rise

November 3, 2021 CORONAVIRUS, FEATURED Comments Off on No lockdown for economy and society, says Greek PM as infections on the rise 2,274 Views

Given that the vaccine is available, Greece’s economy and society will not be shut down again, Prime Minister Kyriakos Mitsotakis underlined on Wednesday. Vaccinated citizens will not lose the rights they gained by following the advice of the scientists and the state, he added.

Mitsotakis clarified that the unvaccinated  citizens will be subjected to more testing instead.

“I will once again ask those that are still hesitating to get vaccinated, if possible by tomorrow, so that we can stop mourning the loss of human lives which we could have prevented if we had higher vaccination rates, so as to reduce the pressure on our hospitals and finally escape this ordeal,” he said.

Mitsotakis ruled out the possibility of a lockdown in statements to reporters.

“This is the approach adopted by all countries currently being tested by the pandemic. We are not the only ones facing a fourth wave,” Mitsotakis said.

“It is important to not only look at the number of infections. There is no doubt that case numbers are high and there that there is a rising trend but at the same time, we are champions in Europe for testing. So, what matters most is the rate of positivity (among tests taken) and not the absolute number of infections”.

Regarding the rising numbers of coronavirus infections, the PM said that there was pressure on the national health system, which especially in northern Greece was not negligible, but which did not compare to that experienced in November 2020.

“We are far better prepared this year and it is a key political choice that, since we have the vaccine, we will not go into lockdown,” Mitsotakis said.