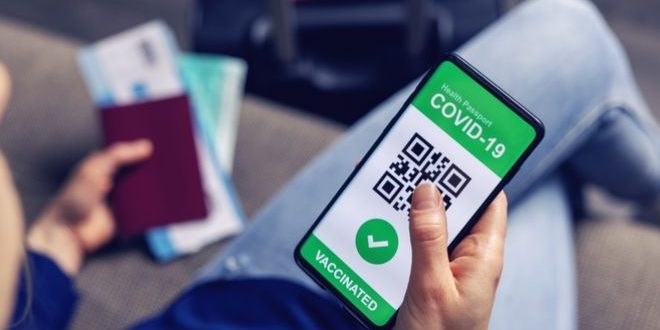 Τhe European Union said on Thursday that the EU Covid-Pass for cross-border travel will expire nine months after the last vaccine dose. A booster shot will be required to extend the certificate’s validity.

In a travel recommendation unveiled on Thursday afternoon, the European Commission updated the rules of the COVID- Pass — which has been in place since the early summer — in order to take into consideration the ongoing coronavirus surge and the roll-out of booster shots.

Under the proposed amendment, the COVID pass — called the EU Digital COVID Certificate — will only be valid for travelling across the bloc during the nine months following the last vaccine dose of the so-called “primary series”: one dose for the Johnson & Johnson jab and two doses for the Pfizer-BioNTech, Moderna and AstraZeneca vaccines.

Recently released data from the European Centre for Disease Prevention and Control (ECDC) shows vaccine protection wanes after the first six months and recommends having a booster shot to prolong the immunity beyond that timeframe.

The European Commission says the three extra months on top of the six will give more flexibility to EU countries in their inoculation campaigns. Health policy is a national competence and each country develops its own vaccine rollout. The purchase of the shots is, however, centralised by the EU through common procurement agreements.

The executive is now assessing how long the booster shot will remain valid.

Besides proof of vaccination, the certificate can also be obtained with a negative coronavirus test conducted in the last 72 hours or a statement of medical recovery.

The system’s core rules will remain intact: pass-holders have the right to be exempted from travel restrictions, such as testing and quarantine, regardless of the EU country they come from.

Citizens who do not have the certificate will be allowed to travel but can be subject to extra requirements before or after their arrival.

Children aged over 12 will have to follow the same rules as adults.

“It is evident that the pandemic is not yet over,” said Didier Reynders, the European Commissioner for justice. “Travel rules need to take into account this volatile situation.”

The recommendation has to be adopted by the 27 EU countries, some of which were publicly pushing the executive to adapt the rules and make way for booster shots.

Reynders hopes the updated framework will be in place by early January.

The Commissioner also said the EU is leaving behind its country-based approach to the pandemic and is now focusing on a person-based strategy, which will combine the number of new infections, the vaccine uptake and testing rate to determine high- and low-risk areas.

“This takes into account [the fact that] vaccinated people are better protected against the virus, even if not completely,” Reynders said.

As of today, over 76% of the EU adult population is fully vaccinated, although important differences among member states remain entrenched, particularly in Eastern nations.

The EU’s digital pass entered into force on July 1 for an original period of 12 months, with the hope the pandemic will be over by next summer. Brussels sees the scheme as a success story: more than 650 million certificates have been issued so far and 51 countries, including the UK, Norway, Switzerland and Singapore, are connected to the system.

Nevertheless, the diverging roll-out of booster shots across the bloc is poised to confuse citizens. In parallel to the EU-wide certificate, most member states have introduced the use of green passes to allow entry into indoor spaces like bars, restaurants and movie theaters.

Even though the national and European certificates are connected to the same IT infrastructure, rules of usage differ in practice. The EU system only applies to cross-border travel and doesn’t influence the way in which a government might employ its health pass inside its territory.

The new recommendation comes on the same day as the European Medicines Agency (EMA) authorised the use of the Pfizer vaccine on children aged from 5 to 11 years. – full article: euronews.com