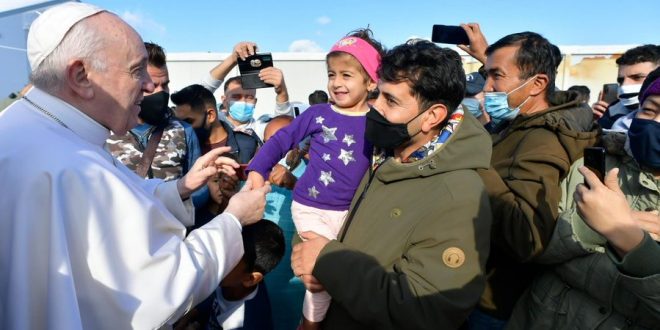 “Shipwreck of Civilization”: Pope Francis’ powerful message as he meets with migrants on Lesvos

Pope Francis returned to the Greek island of Lesvos on Sunday to offer comfort to migrants at a refugee camp and blast what he said was Europe’s indifference and self-interest “that condemns to death those on the fringes.”

“Please, let us stop this shipwreck of civilization!” Francis said at the Mavrovouni camp Kara Tepe, a cluster of white U.N. containers on the edge of the sea lined by barbed wire fencing and draped with laundry drying in the air.

Without a mask, Pope Francis Francis took his time walking through the camp, patting children and babies on the head and posing for selfies. 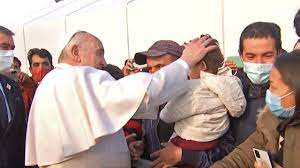 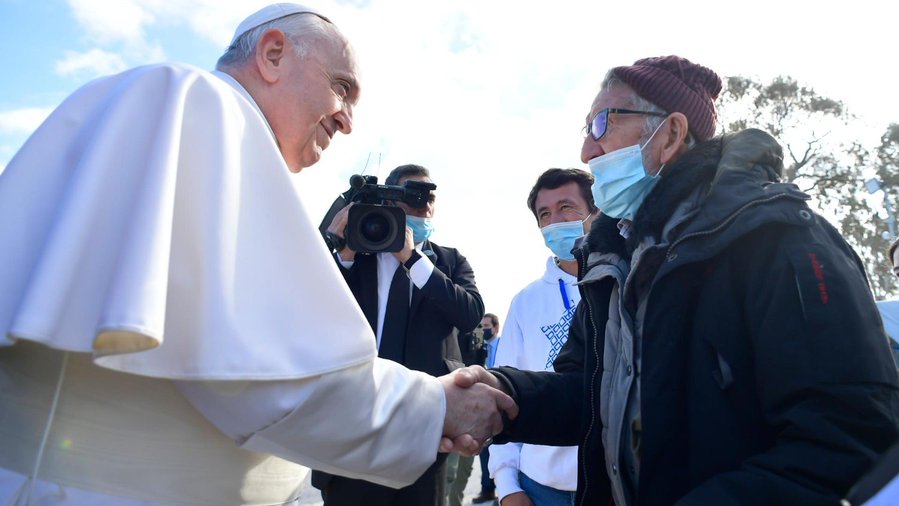 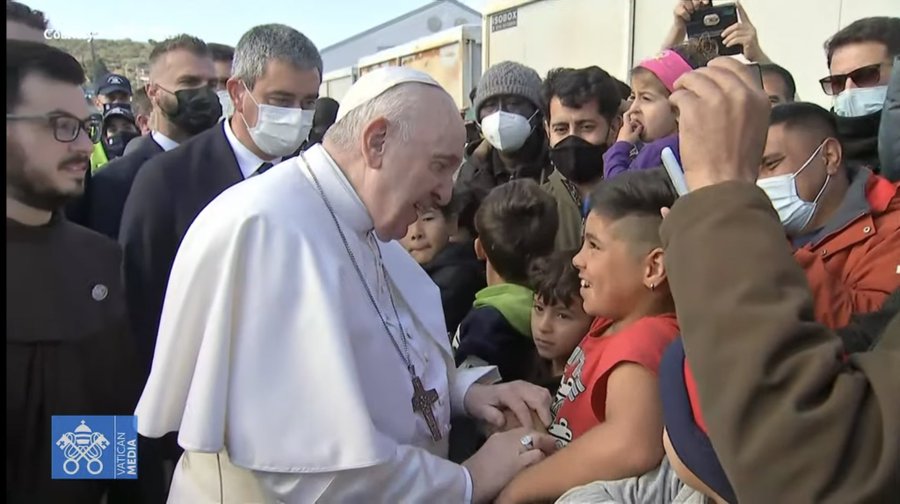 He gave a “thumbs up” after he was serenaded by African women singing a song of welcome.

Pope Francis is being welcomed with a song to Mavrovouni camp on the Greek island of Lesbos.

The situation refugees face in Europe, which he called a “horrendous modern Odyssey” is the focus of this trip. pic.twitter.com/BzPu0hOkS2

It was Francis’ second trip to Lesvos in five years. He lamented that little had changed since 2016, when Lesvos was at the heart of a massive wave of migration to Europe and when Francis brought 12 Syrian Muslim refugees from the island back home with him aboard the papal plane.

“We are talking about human lives,” he stressed and added that he did not see much change from his previous visit. “We have to bitterly admit that this country [Greece] and others are in a difficult situation and there are those in Europe who insist to address these problems as issues that do not affect them,” he said. 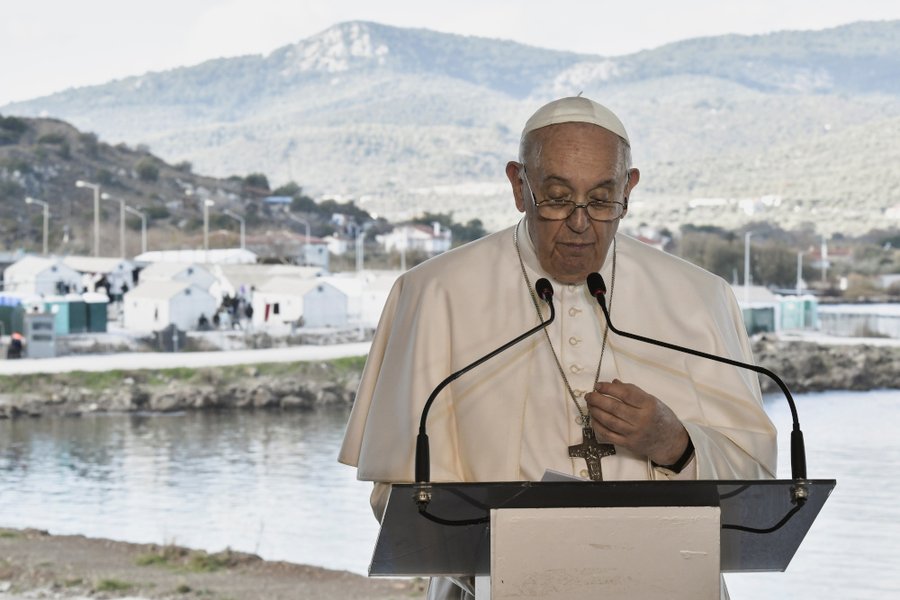 Pope Francis also criticized the idea of building a wall to keep people out, stating that fences and walls do not solve problems. He also spoke of the ease with which fear of the other can spread through society and wondered why society focuses on the people who are the expression of the problem rather than its root causes.

“Let us find the courage to be ashamed in front of them, who are innocent and our future,” he said of the children in the camp. “Let us not hastily escape the brutal images of their tiny bodies lying lifeless on the sands,” he stated and added that “let us not let our sea turn into a sea of the dead.”

“I ask every man and woman, all of us, to overcome the paralysis of fear, the indifference that kills, the cynical disregard that nonchalantly condemns to death those on the fringes!” Francis said. “Let us stop ignoring reality, stop constantly shifting responsibility, stop passing off the issue of migration to others, as if it mattered to no one and was only a pointless burden to be shouldered by somebody else!”

He denounced that the Mediterranean Sea, “the cradle of so many civilizations,” had become a vast cemetery where smuggling boats packed with desperate people too often sink.

“Let us not let our sea (mare nostrum) be transformed into a desolate sea of death (mare mortuum),” he said.

“Today’s visit by the Pope gladdens all us migrants,” says an 18-year-old from the Republic of Congo who has been at the camp for more than year. “I now know that there is someone out there thinking of us,” he added and stated that “he gives us hope and the strength to carry on.”

However, the Pope’s visit is not just important for the Catholic inhabitants of the camp as it is not a question of religion, but solidarity, and there will be 37 Muslim camp members attending the Pope’s speech.

“He demonstrates that he is with us, as a brother,” says a 60-year-old Iraqi refugee, before adding that “every one of us is like me, like you.”

This time, the Pope did not take refugees with him but arrangements have been reportedly made that a total of 300 people will be hosted at the Vatican in the context of the relocation program.