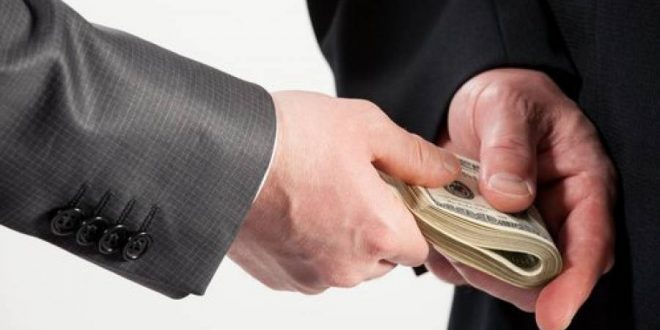 The overwhelming majority of Greeks believe that corruption goes unpunished and two in three Greeks believe corruption is “very important” and rarely punished, according to a public opinion poll by the National Transparency Authority (NTA) presented at the 1st Integrity Forum on Thursday.

Results were based on 777 questionnaires completed online between September 11 and November 30, 2021 by visitors to the NTA’s pavilion at the Thessaloniki International Fair, or by subscribers to NTA’s newsletter.

A total of 87% of those polled said the sectors most likely to involve corruption include public works & state procurements (62%), the political system (59%), and mass media (48%). These were followed by municipalities & regions (39%), the justice system (21%), provision of medical services in the National Health System (18%), construction licensing (14%), services imposing the law (11%), the public sector (9%), and business licensing (3%).

The number of people terming the issue of corruption “very important” was 67%, while 30% called it “fairly significant”.

People asked “Do you believe that during emergency/natural catastrophe/pandemic times the opportunities for corruption rise?” responded as follows: Yes (80%), No (13%), and No Answer (7%).

Greek citizens were also asked to pick up to four responses on what they believed were the reasons for corruption. NTA tabulated the results as follows: Corrupt individuals not being punished (85%), parties & clientelism (73%), lack of transparency in state organizations (43%), government indifference (40%), absence of a clear legal/regulatory frame (34%), inadequate use of new technologies in state/citizen relations (27%), human greed (25%), ignorance of citizens’ rights before public administration (20%).

“Generally speaking,” 87% of those asked believe that corruption is rarely punished or never, another 10% thought very often/often, and the remaining 3% chose “Don’t know/No answer”.

Asked “What would prevent you from reporting corruption?”, people answered as follows: “No protection for whistleblowers” (50%), “It’s hard to prove what happened” (22%), “I’m afraid of repercussions” (17%), “It would make no difference” (6%), “Everyone knows about these affairs and nobody does anything” (6%).

The Authority also asked participants to name up to three institutions they would trust the most if they wanted to go ahead and report incidents of corruption. Their answers were: the National Transparency Authority (65%), justice/courts/prosecutors (51%), the Ombudsman (49%), relevant European Union services (33%), police (19%), mass media (10%), NGOs (4%), unions (2%), Citizen Services Centers (or KEP, 1%), MPs/mayors/city councils (1%).

Asked whether they knew of the NTA, a total of 78% of those questioned said yes, and the remaining 22% said no.

Finally, NTA asked those questioned on their impressions after being informed of the agency’s actions. A total of 71% said they were “rather positive” about its actions, 4% were “rather negative”, another 24% said “Neither”, and the remaining 1% said Don’t know/No Answer. [via newsbomb.gr]