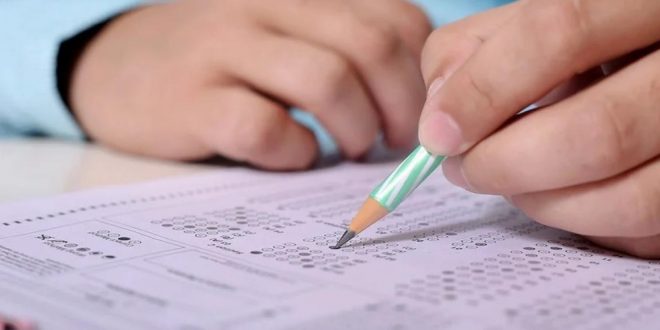 The Greek Ombudsman investigated the written exams process on Naturalization in Greece after several candidates abandoned the two lengthy tests in November. The independent authority did not find any evidence that the process was in any way compromized, however, it recommended improvement as the exams caused increased stress to candidates due to deficiencies.

The process for holding Greek citizenship exams, by which applicants obtain the “Certificate of Adequacy of Knowledge for Naturalisation” needed to become a Greek citizen, is now entirely fair and unimpeachable, Interior Minister Makis Voridis assured state-run news agency amna on Sunday.

The minister cited the findings of an inspection carried out by the Greek Ombudsman, an independent authority, on the day the written exam was last taken on November 7.

The entire process, which was similar to that used for the nationwide university entrance examinations, was also supervised by a representative of the National Authority for Transparency, while the Ombudsman’s expert inspector also visited the marking centre for the exams two days later.

The inspector’s report ruled out all possibility that the process had been in any way compromised and there was no repetition of the problems arising during the previous exams held in May.

The Ombudsman did note, however, that there were several instances of acute stress and panic among candidates taking the two written exams, attributing this to fatigue due to the great length of the process and instructions that were often unclear and confusing.

More than half the candidates failed or walked out early, with the authority reporting exam questions with a high level of difficulty, great length, with several different types of “open” questions and complex clarifications.

To further improve the process, the Ombudsman has recommended that authorities re-examine the level of difficulty of the exam and the use of simpler language, as well as multiple-choice formats, for the next exams in May.

Recently legislated changes to the process for naturalization have also simplified the process of applying for citizenship as it no longer requires a separate certificate of an applicant’s ability to participate in the political life of the country, which is considered to be covered by passing the exam, while the oral interview has been abolished except in cases where there are doubts about the applicant’s ability to be economically and socially integrated.