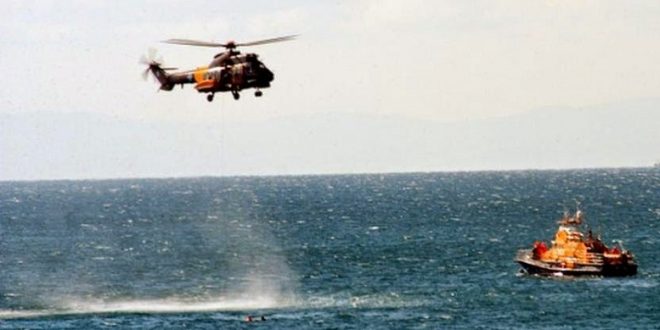 Dozens missing after migrants boat sinks off Folegandros in the Aegean

A big Search And Rescue operation is under way in the sea area south of the island of Folegandros in the Cyclades after the sinking of a plastic boat carrying migrants to Greece from Turkey. Twelve people have been rescued, so far, some 32 are estimated to be missing.

According to the testimonies of the rescued, the plastic boat with at least 32 people on board, had a mechanical failure, water came in and sank in the early morning hours of Wednesday. Those missing were Iranian nationals.

The crew of a  Coast Guard boat located the 12 rescued on a small auxiliary boat. Only two of them were wearing life jackets, the boat did not have any rescue equipment.

The rescued migrants were taken to hospital on the island of Santorini for precautionary reasons. Among them are seven men, four teenagers and one woman, the Coast Guard told state-run news agency amna.

The boat had left the western coast of Turkey and was heading to Italy.

The SAR continues with the participation of a four coat guard boats, two helicopters form the Navy and the Air Force, a C-130 aircraft, five helicopter, commercial ships that were in the area and several private boats and vessels.

In the SAR area there are currently north winds blowing with intensity of 4 Beaufort.

According to Press Officer of the Greek Coast Guard, the body of one person has been recovered around 10:00 in the morning.