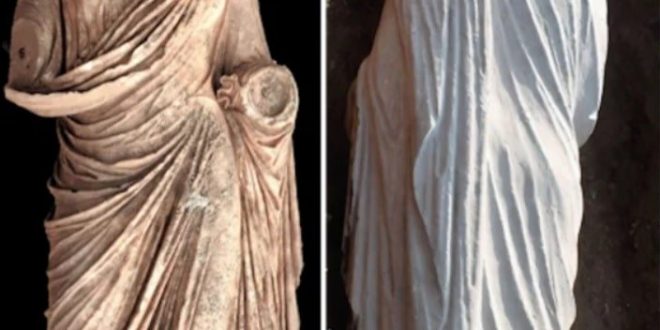 The marble statue of a woman in a robe was found near excavations at Ancient Epidaurus’ agora area, the Culture Ministry  said on Thursday. the high-quality statue most likely depicts the goddess of health and cleanliness Hygeia.

The statue was discovered on December 16, when intense rainfall cleared a section of the statue’s back side and while excavations in the area had concluded for the year, the ministry said.

The statue is missing its head and hands, which had been attached separately to the main body. 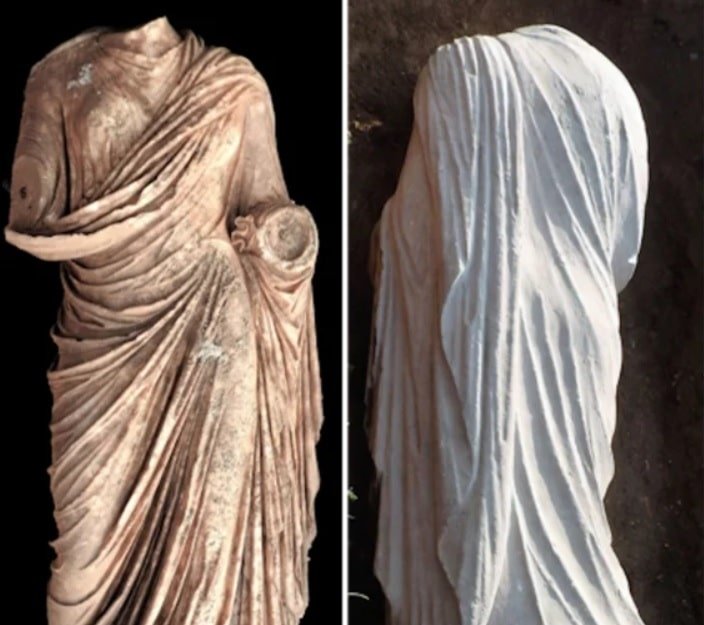 The marble statue depicts a woman wearing a full length tunic and a robe and has the robe fastened over her left shoulder and arm, and hung down in rich folds. One of its ends is crossed over behind her back , under the right arm and is then folded diagonally toward the back, over the left shoulder. 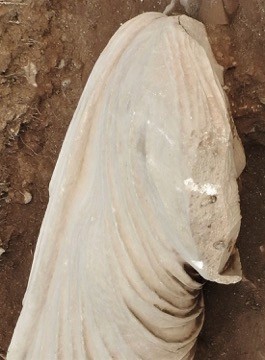 On the spot where the right arm would have been attached, marks reveal that the figure made the gesture of discovery – a movement to lift the robe with the right arm out and over, a gesture that denoted married women in antiquity.

The gesture was often shown in statues of the health goddess Hygeia, daughter or wife of legendary god of medicine Asclepius. 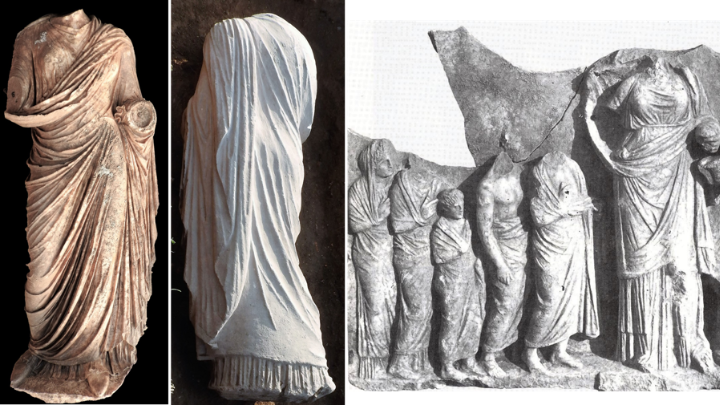 “Preliminary evidence shows the statue belongs to the Roman Empire era,” the ministry said, adding that following its discovery it was transported to a storage area for cleaning, restoration work, and storage.

Ancient Epidaurus’s sprawling site has been excavated most recently (since 2015) by the University of Athens, with the support fo the John S. Latsis Public Benefit Foundation. 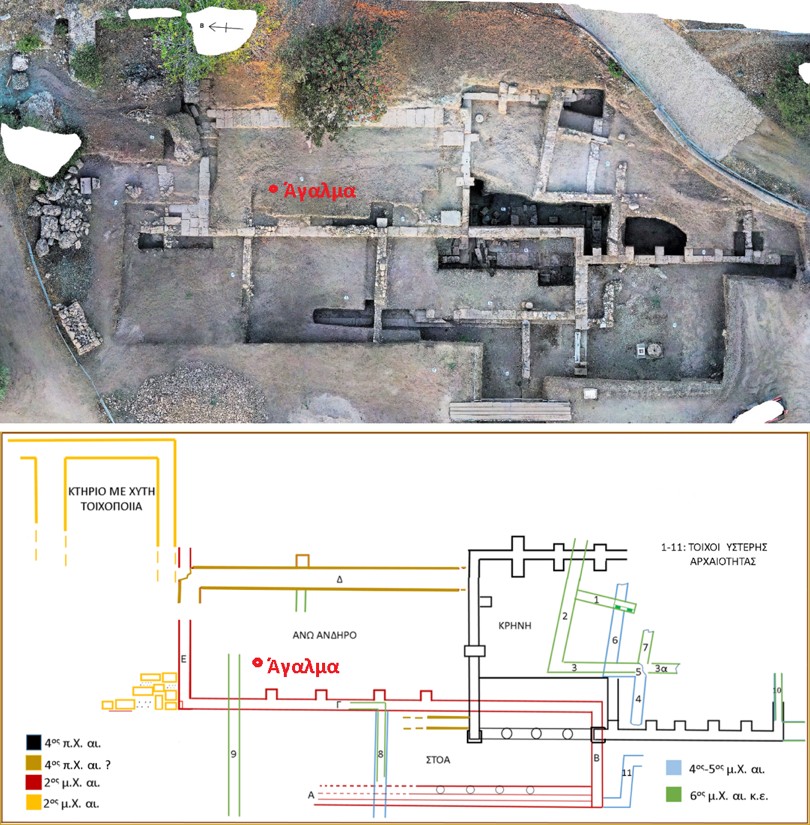 Red Spot marks where the statue was found

Near the theater of the ancient city, which is referred to as the “small theater of Epidaurus” today, which was located in the ancient agora (market), an important building was also discovered which is thought to have been constructed in the 4th century BC.

During the Roman times, it acquired a new form, however, with the addition of a portico on the western side and a vaulted building on its north side.

Evidence has emerged that leads experts to believe that this complex is indeed connected to Epidaurus’ temple dedicated to Asclepius, the ancient Greek god of healing, which was mentioned by the historian Pausanias, the Culture Ministry said. 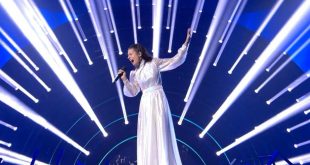 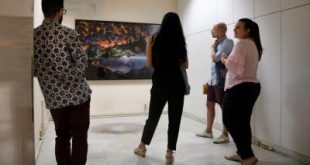 Gallery Walk: 37 art galleries in Athens open to public May 12-13 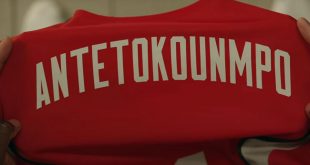 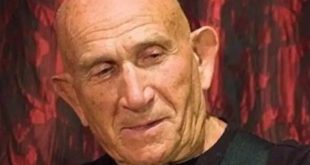