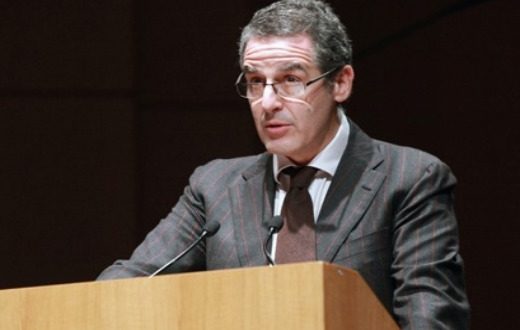 Specializing in Balkan and Greek history, Mazower has written a number of books focusing on events in Greece in the last two centuries, among others.

These include the titles “Inside Hitler’s Greece: The Experience of Occupation, 1941-44”, “After the War was Over: Reconstructing Family, Nation and State in Greece, 1943-1960”, “Greece and the Inter-War Economic Crisis”, “Dark Continent: Europe’s 20th Century”, “The Balkans” and, most recently, “The Greek Revolution: 1821 and the Making of Modern Europe” published in 2021, which was recently presented at a special event at the Greek War Museum.

Among his award-winning books on Greece are also “Salonica City of Ghosts: Christians, Muslims and Jews, 1430-1950” which received the Duff Cooper Prize in 2005, while he received both the LA Times Book Prize for History and the Trilling Award in 2009 for his work “Hitler’s Empire: Nazi Rule in Occupied Europe”.

Mazower has also supervised a number of research papers and revived interest in Greek studies abroad, while his op-eds on historical and current affairs issues are regularly published in the media.

He was also a member of the “Greece 2021” Committee that organised the events celebrating the bicentennial since the foundation of the modern Greek state in 1821.