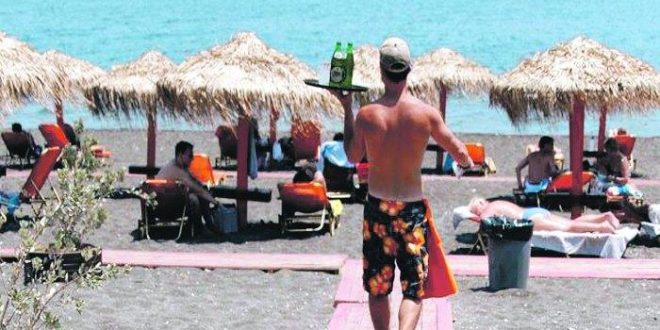 Greece is getting ready to open the tourism season already in March, Tourism Minister Vassilis Kikilias said on late on Tuesday in an interview with a local TV channel, while state broadcaster ERT showed him today saying “We must be ready on March 1.”

“I have asked everyone, governors, mayors, hoteliers, businessmen of health interest, traders, who manage organized beaches, to be ready by March. Because the visitors will come to Greece early this year and will leave late,” the Minister also posted on Twitter.

In his interview with Action24 TV, Kikilias stressed referring to the new tourist year:
“Already, from the first days of 2022, bookings have gone up sharply for the hotel business, but also for all professions around tourism. The demand of the airlines in slots, in places in the Greek airports is increasing. From April we will have 14 flights a day from the USA, high level tourists who bring very high revenues.”

Estimating that this year foreign visitor will come early and leave late, Kikilias underlined “it is a big goal to extend the tourist season.”

He added that “The investments made and the upgrade of the accommodations bring much better quality tourists in all seasons of the year. We want the French to come to Greece during the 8 weeks of their school holidays. We want Israeli tourists to come during the holy month of their holiday, in September. We want to revive and support spa tourism, wellness, medical tourism which is a huge source of income in northern Europe, Germany and Austria.”

PS Nope, the minister did not make any reference to lifting of restrictions against the spread of Covid-19 as of beginning of the March – just in case you would ask.