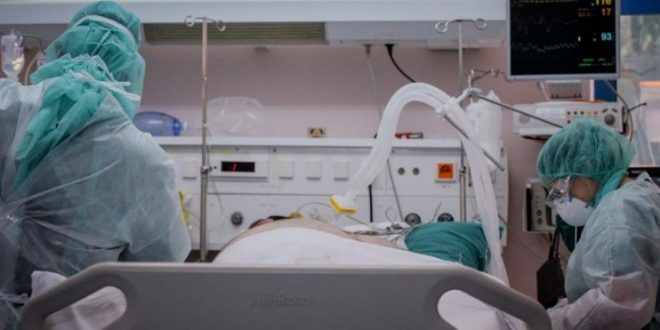 March 27, 2022 CORONAVIRUS Comments Off on Lawsuit against private hospital for patient who contracted Covid-19 and died 995 Views

The first lawsuit for the death of a patient who contracted Covid-19 in a hospital and died was filed by the family of the deceased patient. The lawsuit was filed by the widow of the 59-year-old man.

The patient was admitted to a well-known private hospital in Athens on April 23, 2021, for the treatment of his heart problem. Seven days later and while still in the hospital he contracted Covid-19 resulting in his death. media report citing the content of the lawsuit.

The widow who has all medical reports claims that her deceased husband was not tested for the coronavirus in time and when this was done he was not administered the proper medication.

The victim, through her lawyer Giannis Zografou, filed a lawsuit for manslaughter due to negligence and report of two doctors and the management of the hospital, because as she claims,

“Instead of carrying out a Covid-19 test when the symptoms appeared and administer the appropriate treatment, tim was wasted in meaningless and irrelevant examinations, which were paid extra,” the widow claims.

She added that “as a result of this practice, valuable time was lost in informing his treating physicians at Evangelismos [public] hospital where he was later transferred as it is a coronavirus hospital and the patient died.”

The widow claims in her lawsuit that “the managers of the private hospital, the doctors and the nurses put my late husband in danger of death, after they intentionally (that is, with possible deceit) made him helpless, having the duty (and a contract, at the same time) to care for him, thus causing his death.

According to the lawsuit, the patient should have been transferred to the public Covid-hospital three days earlier when his health condition was better, causing his death.

The lawsuit is for manslaughter due to negligence and against two doctors and the management of the hospital.

“For the reasons mentioned above, they chose not to do anything and to carry out irrelevant examinations, as a result of which his health condition deteriorated further, so they were forced to ask to leave the clinic,” the widow claims.

She also asks to be investigated whether other hospitalized patients in the same clinic were exposed to coronavirus danger, whether they had contracted the virus and how their health condition developed.

According to news website ieideiseis.gr that reported on the issue, it is the first lawsuit of this kind filed in Greece.