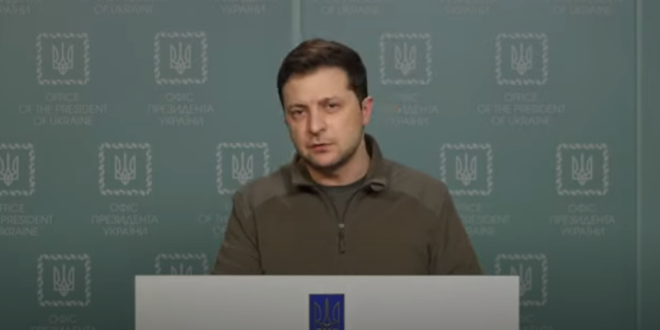 Zelensky will address the Parliament via Webex and his speech will last 10 to 15 minutes, following the pattern of speeches made he made in the European Parliament and in a number of parliaments of other countries.

The speech will be translated into Greek and English.

At the extraordinary plenary session of the Greek Parliament, the Prime Minister and the leaders of the opposition parties will participate.

According to state broadcaster ERT, main opposition party SYRIZA and socialists KINAL/PASOK welcomed the invitation to the Ukrainian President.

Yanis Varoufakis most probably will not be present but his party MeRA25 will.

Nationalist Greek Solution complained that the PM did not inform or consulted with party leaders in advanced and added that it would expect that Zelensky will give details on the “defense agreement he signed with Turkey.”

Prime Minister Kyriakos Mitsotakis invited President Zelensky to speak to the Greek parliament via video link when they spoke on the phone on March 25.

The original plan was that Zelensky would address the Parliament this week, probably Wednesday or Thursday, however, the plans changed most likely due to the “peace talks” in Turkey..