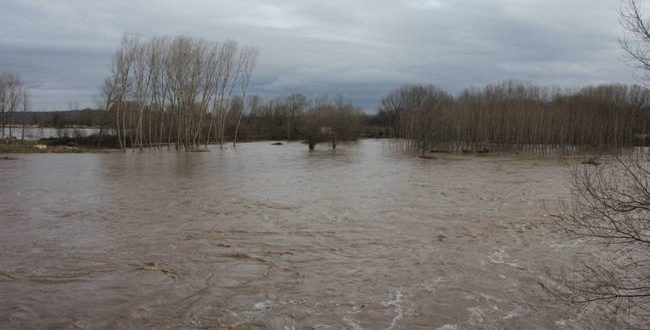 One migrant woman from Africa was shot in the back and died on Saturday night as she was trying to cross the Evros river and reach Greece from Turkey together with other migrants.

Her body was found floating in the river, close to a boat carrying migrants to Greece.

The incident that is considered a “serious” took place, while border guards from both countries were at the two sides of the river that is a natural border.

It is unclear, whether the woman was shot by Turkish border guards or smugglers on the boat.

In a report by local media evrosnews.gr last night, the Turkish border guards were assisting two boats with migrants to sail to Greece.

According to a Greek police statement issued on Sunday, the incident took place short before 9 o’ clock when Greek border guards spotted on the Turkish side of Evros migrants getting on board of a inflatable dinghy that started to move toward Greece.

Immediately the border guards signaled using flashlights and voice warnings about their status (“Police – Go back”) the boat to cease its efforts to sail to Greek side, while at the same time, fire shots were heard form the other side.

The border guards stated that they fired warning shots in the air to ward off the boat that despite the warnings sailed to the Greek side.

After the shots incident, Greek authorities located four migrants on the Greek side of Evros and the body of the woman in the water.

“To ensure their physical integrity, the Greek police officers hurried to cover themselves, firing warning shots in the air, as the shots from the opposite side continued in bursts at the same rate in an unknown direction,” the statement noted adding that due to darkness it was unclear where the shots came from.

“When the boat arrived on the Greek shore, five of the migrants disembarked, while the rest returned. Four of them managed to reach the shore swimming, while a woman remained floating in the water and when the police pulled her out with difficulty, they found that she was dead.”

“The body was found to have a gunshot wound on the back of the right chest and was transported for an autopsy. According to the medical examiner’s first assessment, the cause of death was a shot from a very close distance (a few centimeters) and thus from a small-caliber weapon,” the statement stressed.

The survivors, including a minor, were examined and it turned out that they had paid 2,000 euros each to a trafficking ring in Istanbul for their transportation to Athens.

The survivors have been transferred to Alexandroupolis, while  Alexandroupolis Security Sub-Directorate  has launched an  investigation into the incident.

According to cnngreece, Greek border guards do not carry small-caliber weapons.

Among the survivors are three men from Pakistan and one woman from Eritrea, Skai TV reported.