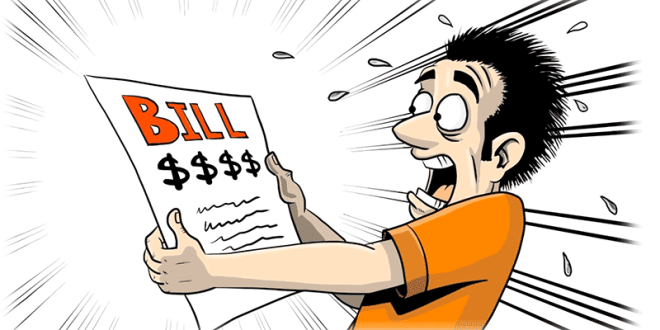 Alerted by the citizens’ anger over the energy prices and the increasing cost of living the conservative government is promising to come up with a new national support plan for the benefit of households and businesses. The plan is expected to be implemented in June.

The national plan will be horizontal, will shape the electricity prices to the normal levels of the previous year and will have retroactive effect for May.

Subsidy will rise up to 72 euros per month, while an additional one-off cash aid is reportedly being considering for the vulnerable households.

Speaking to CNN Greece, government spokesman Giannis Oikonomou revealed on Wednesday that the government intervention will have also a “drastic character,” putting a cap at the price of the KWHour that will be reduced to 16 cents from 22 now.

The funding will reportedly come from the state budget and the Energy transition Fund as well as of the taxation of super profits of the energy companies in the country.

In interviews with other media, sources from the Prime Minister’s office said that Energy Regulatory Authority has completed the control of the super profits of energy companies and will submit its conclusion to the government in May.

PM Kyriakos Mitsotaksi had announced in April that taxation on super profits will be 90% and this will be spent as subsidy to vulnerable citizens.

“Once these support measures will be implemented, we will not see electricity bills that are four or five times higher again,” government spokesman Oikonomou said admitting that the electricity bills are extraproportionally high.

To stop the “electric shock” of increases above 300 kilowatt hours consumption, the government is considering a range of options.

In the field of wholesale prices, the plan is to introduce a price cap.

The options are: the price cap to apply horizontally and/or to introduce different pricing depending on the model of electricity generation.

There is also the scenario of a combined intervention with a price cap and subsidies in electricity retail price with a significant increase of subsidy in the retail price of electricity.

At the same time, chances for an intervention in the Value Added Tax rate that burdens basic food items seems to be slim.

The government’s national plan apparently does not contain any measure against the adjustment clause that has skyrocketed the electricity prices and pushed households and businesses into depth and despair. Most probably the government will await for the ruling of the courts as several organizations, consumers’ organizations and individual citizens have challenged it the legal way.

The cynical approach of some minister and government lawmaker ism, however, …………..

On Wednesday, MP Babis Papadimitriou claimed to Kontra Channel that it was the private power companies that put pressure on the National Energy Regulator that also the public company PPC implements the adjustment clause.

Two days ago, Development Minister Adonis Georgiadis said that the companies that produce electricity mainly with natural gas are being protected from bankruptcy through the adjustment clause.”

PS for the time being, it is the citizens and small businesses going bankrupt through the clause, because this Greek government overturns the free market laws that include business risks like bankruptcy and allows the private companies to be protected at the cost of the citizens of this country.

No wonder that in public opinion polls, the gap between ruling conservative New Democracy and main opposition left-wing SYRIZA is getting smaller by each passing month.