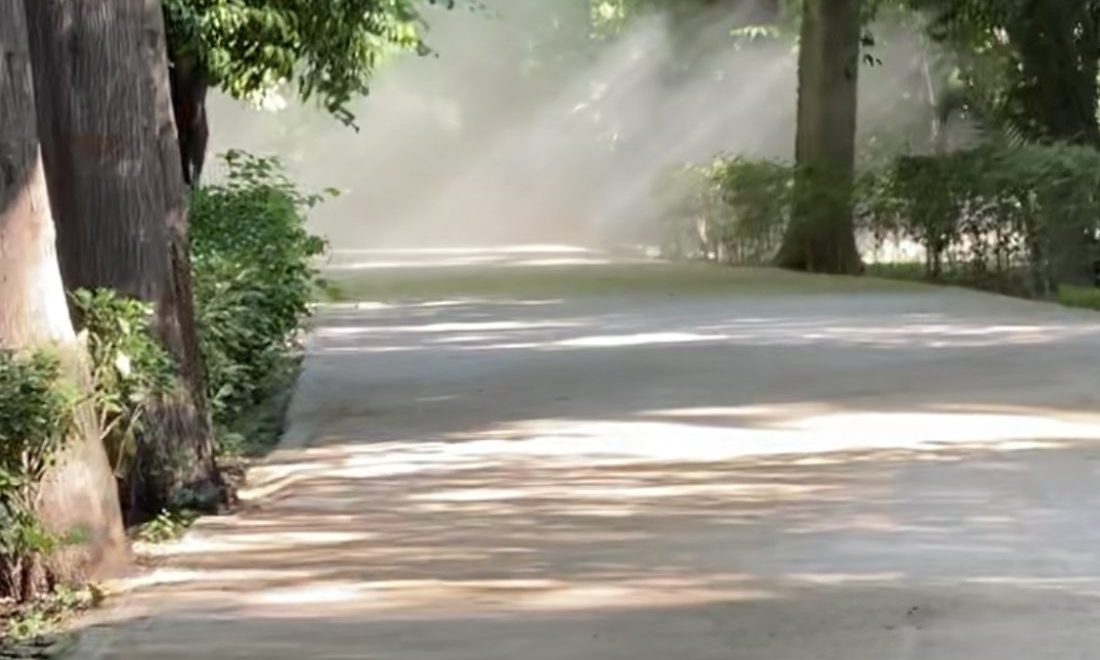 The National Garden of Athens: New Era with “concrete boulevards”

With an ambitious plan to bring a new era in the 182-year-old “National Garden” the mayor of Athens is pouring concrete on the natural paths throughout the historic park next to the Parliament in the center of the Greek capital.

Obviously inspired by the concrete paths on the Acropolis, the mayor may one day pour more concrete, all the way up to the entrance of the jewel of Athens and name it “Athens Great Cement-Walk II.” 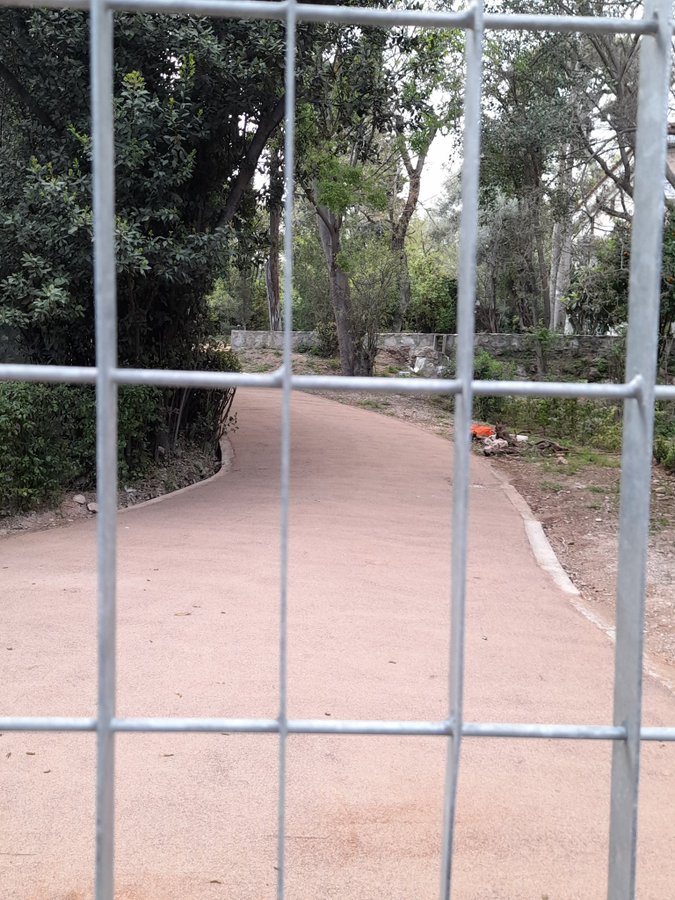 A thorough report published on Sunday newspaper “documento” highlights the project entitle “New era for the National Garden.” The newspaper reporter took a tour through the National Garden to see the changes attempted by the mayor of Athens Costas Bakogiannis in the area of ​​the historic public park, the only one in Greece.

The reporter was accompanied by a member of the Board of the very active Society of Friends of the National Garden (EFEK), a resident of downtown Athens, who knows the garden very well since he has been visiting it daily for decades. It is not a few times that EFEK has intervened publicly for issues related to the management of the garden and has been heard by the state.

The National Garden since 1840 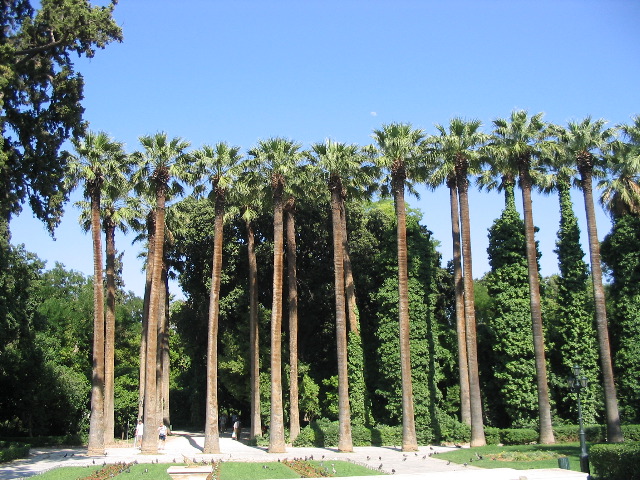 The National Garden, known as the Royal Garden until 1974 is public park of 15.5 hectares in the center of the Greek capital. It was commissioned by Queen Amalia in 1838 and completed by 1840. 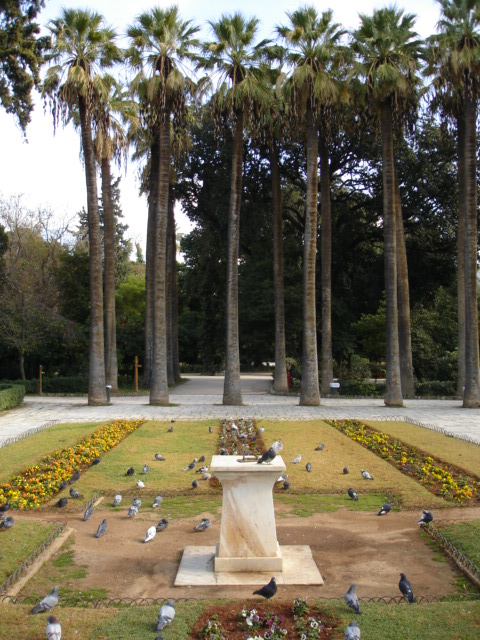 12 palm trees planted by Queen Amalia, the first queen of Greece, at the main entrance of the Garden, behind the famous sun clock.

It was designed by the German agronomist Friedrich Schmidt who imported over 500 species of plants and a variety of animals including peacocks, ducks, and turtles.

It is a sample of Western European gardening adapted to the Mediterranean environment. It has the character of a botanical garden – it includes about 500 different species of ornamental trees, thorns, etc., many of which were first introduced in Greece for the composition of the garden and were first cultivated here.

The National Garden has a duck pond, a Botanical Museum, a small cafe, a Children’s Library and playground.

Since 2011 it is subject to a special legal protection regime as a historic garden.

The National Garden: Before & After 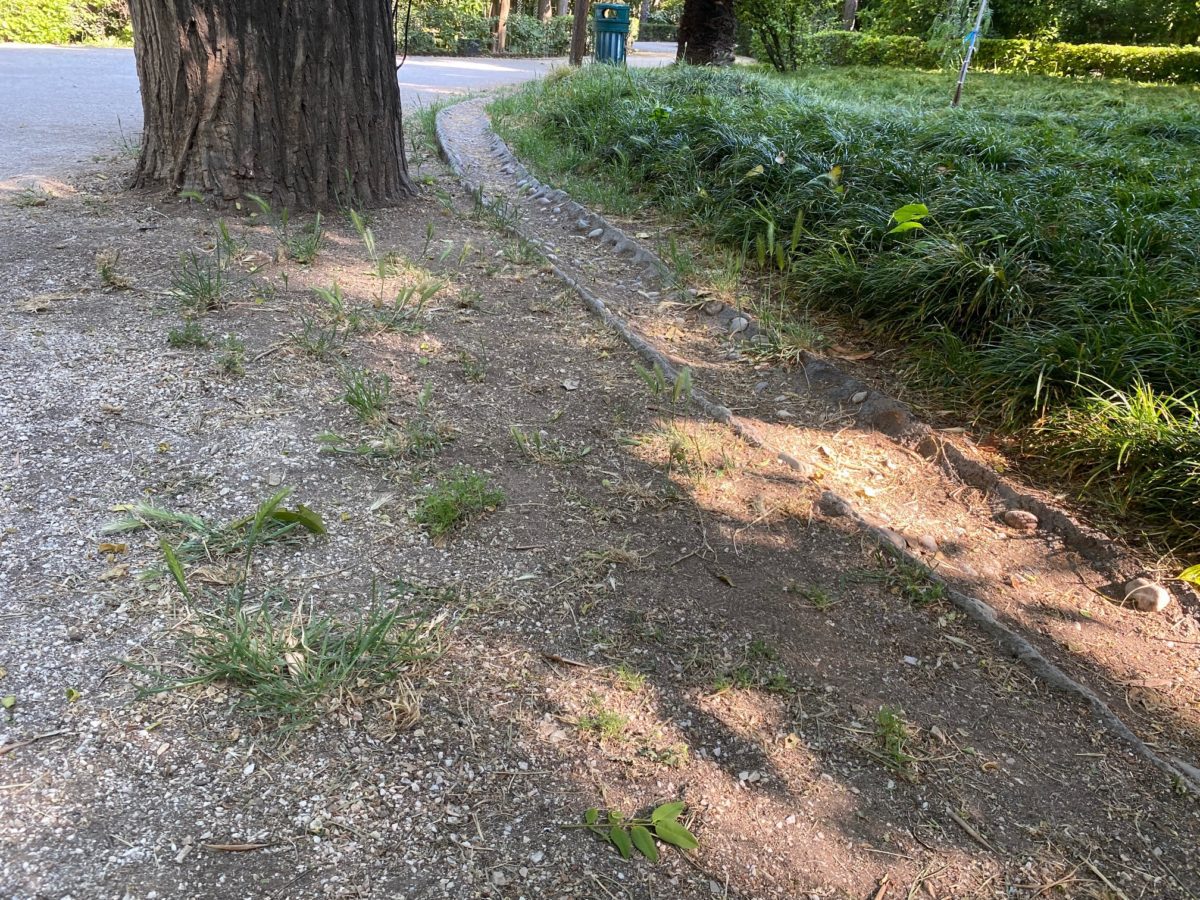 Before: with natural soil 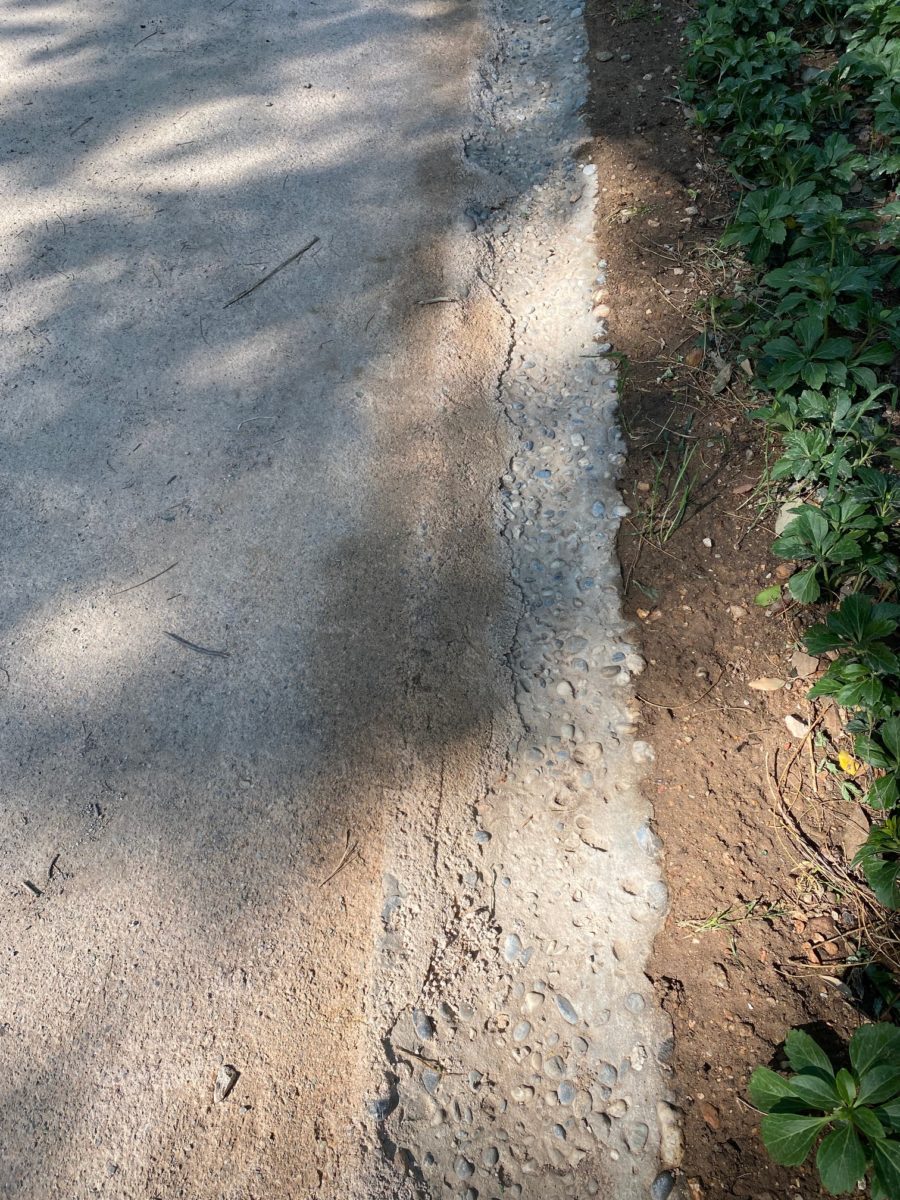 After: with “natural” concrete

According to the municipal authority, the project for its restructuring, with a budget of 4.2 million euros (the amount was secured by European funds), includes “new, modern paths for safe routes”.

Until now, garden visitors used to step on natural soil, sometimes gravel, mixed with leaves from the trees. That is, what one expects to feel when entering a garden: A sense of friendliness that predisposes both humans and animals to walk, which are either visited or are permanent residents of the garden. However, the new projects envisage the reconstruction of the garden paths with the use of a stabilized earthen floor, the appearance and texture of which resemble cement. 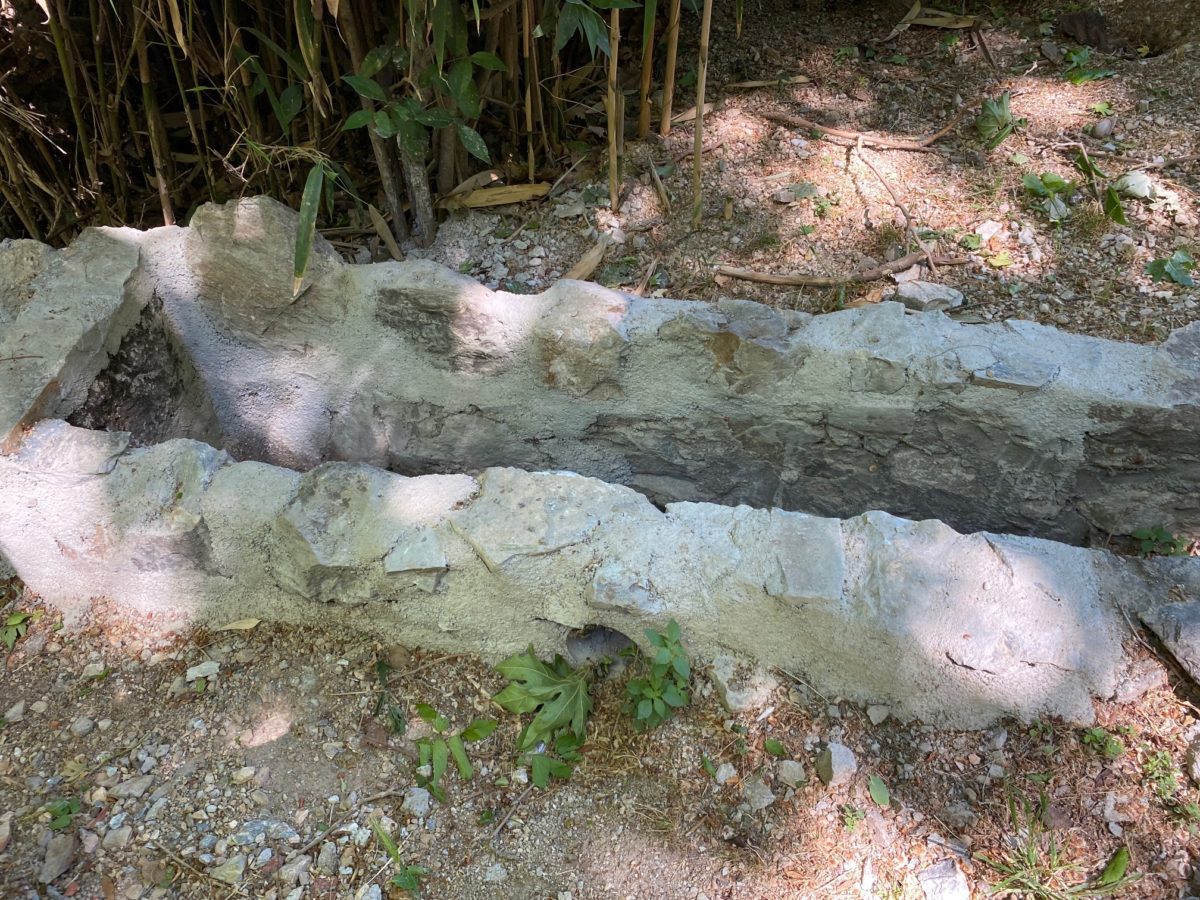 According to the municipality, this material was selected “for its durability so that the well-known” water eateries “are not created after heavy rain”.

However, the minimal water eating – which is in fact burdened by the continuous passage of trucks – is not enough to justify the catalytic intervention in the 8.5 km of paths.

Why do they need to bring upside down the natural balance and replace natural with artificial materials?

The “dirt roads” have widened, the picturesque paths have become almost “boulevards”.

“The natural path works biologically. The soil has the ability to naturally absorb heat and water, which is led to the roots of plants,”said the EFEK member.

“At the moment, however, for the needs of the stabilized earthen floor, they are digging the soil of the paths in order to place the various layers that are required. How do they know, for example, that digging will not damage the roots – which we do not know how deep they reach?,” the person with thorough knowledge of the issue asked.

An additional risk is that digging can transmit diseases from infected plants to healthy trees. On the other hand, the soft carpet that the leaves compose with the soil has a normal biological function.  In fact, for the cleaning of the new type of soil from the fallen leaves, automatic blowers are used, creating clouds of suffocating dust thus causing deafening noise. 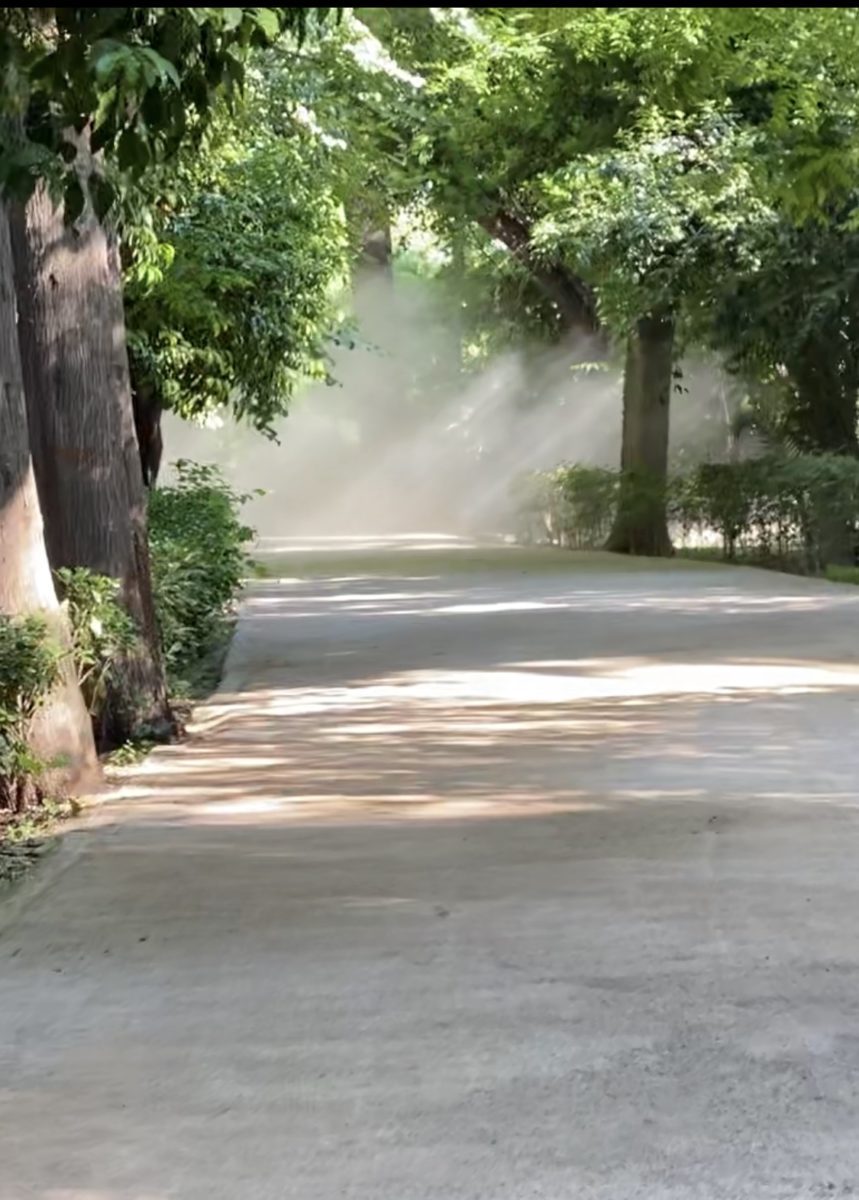 Assigned with the planting and maintenance of the greens in the National Garden is a private company for 3 years and for 28 million euros. 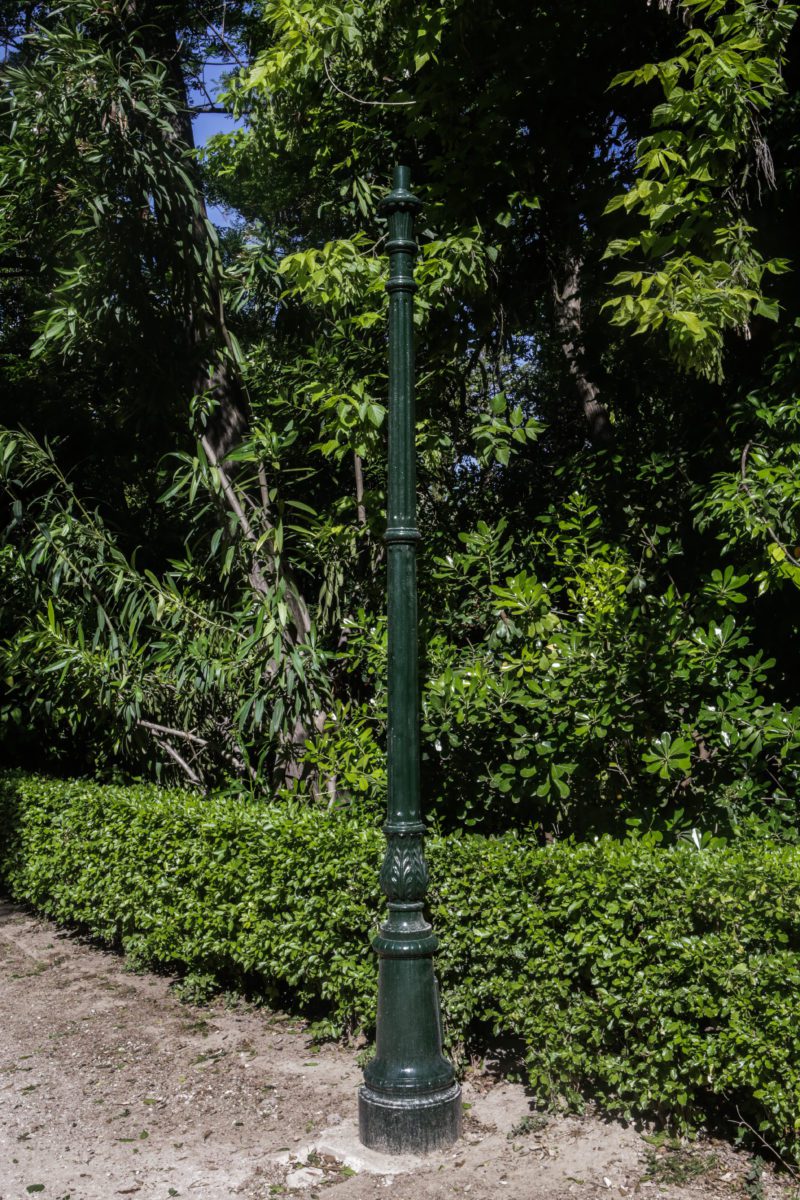 Street lambs in a garden that closed before the sunset. Most likely the mayr plans to organize some events in the Garden, at whatever cost for the historic …green monument with some trees standing there for over 170 years, noted the reporter.

Full article in Greek and more pictures at documentonews.gr