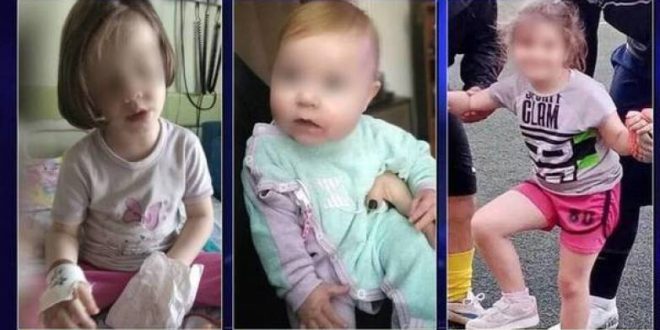 “Both children suffered a suffocating death attributed to a criminal activity.” The ultimate report by two medical examiners on the death of the two youngest children, Malena and Iris, of Pispirikou-Daskalakis family from Patras, was delivered to the Homicide Department of Attica Security on Monday.

According to the finding, both children suffered a suffocating death attributed to a criminal activity.

Investigation carried out by medical examiners Nikos Karakoukis and Nikos Kalogrias  who also analyzed all previous findings of other medical examinations, concluded that it is a suffocating death in both cases, and it is not death due to pathological causes.

The report is expected to be further submitted to Justice.

3.5-year-old Malena died in 2019 and 6-month-old Iris in 2021 in the family home in Patras. The oldest daughter Georgina died in January 2022, while in hospital under mysterious circumstances.

It was Georgina’s death that triggered a criminal investigation and ended up in the arrest of 33-year-old girls’ mother Roula Pispirikou. She was the only person alone in the hospital room when her oldest daughter died.

The finding had a domino effect triggering further investigation into the deaths of the other two girls of the family.

Speaking on the report of the two girls’ deaths, medical examiner Dimitris Galenteris told state broadcaster ERT on Monday that “the conclusions, as they emerge from the findings, speak of lack of oxygen, of suffocation.”

As he noted, the finding revealed exactly what happened to the two unfortunate children.

“I am waiting to see the new histopathological findings. Only through them will the conclusion be locked”, he added, pointing out that the data, so far, were not sufficient to show involvement in the death of the children.

“There are specific tissue lesions that can be seen under a microscope and are pathogenic to this death mechanism,” he explained.

Over the weekend a team of Attica Homicide Department visited Patras in order to take testimonies from Roula Pispirigou’s parents and other witnesses who live in the area. The children’s father gave a long deposit to investigating officers on Friday in Athens, where he now lives permanently.

While the medical examination run parallel to the one carried out by the police, there is so far no indication or evidence that it was the mother who killed the three children.

According to media, police is to thorough investigate who was with the youngest girls when they died.

Media question how the medical examiners who investigated the deaths of Malena and Iris did not see the suffocating deaths.

Grigoris Leon, Chairman of Medical Examiners’ Association, wondered a few days ago, whether these “scientists acted or purpose or not.”

Media believe that had Malena’s death proven to be a “homicide” the two other girls would still be alive.