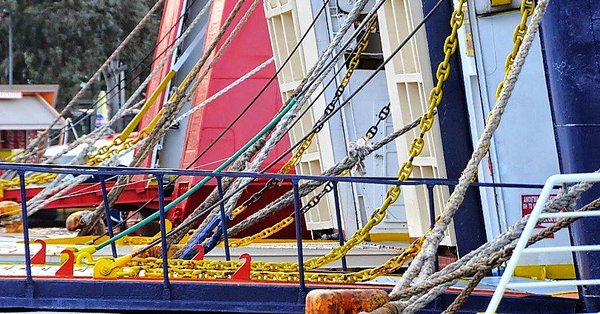 For one more time in two months, Greek ferries companies increased the price of their ticket fare for most routes, citing the high cost of fuel. The new prices took effect on June 15, 2022.

The new prices range from 5% to 10% on average for passengers, cars and trucks, while the previous increase in April 2022 reached an average of 10 to 12%.

According to executives in the coastal shipping industry, the ferries’ operating costs have jumped by 70%.

A passenger ferry on the Piraeus-Chania line needs about 33 tons of fuel per day to operate this route. Today, Very Low Sulphur Fuel Oil (VLSFO) used on ships without scrubbers stand at $1,264 a tonne from $480 last year. Thus, a ship on this line will need 41,250 euros for fuel alone on each route, from 15,840 euros needed about a year ago, the executives said.

“We had said that 2022 would be the first year when we would return to normalcy, but then came the Russia-Ukrainian war, which has catapulted the energy costs of ships in the past few months,” a shipping market official told state-run news agency amna.

The news agency understands that new rises may be in store for some routes as of July 1, 2022.

For a family of four with car a two-way travel with ferries may cost up to 800 euros or even higher depending on the destination, media reported recently.

However, the new hikes and possible those from July, does not affect only people’s summer vacations but also the transport of goods and the entire production chain.

The new hikes raise the difference compared to last year to 40%, while it currently currently ranges between 25% and 33%.

It is indicative that for a truck to travel to or from Crete last year, the cost was 400 euros. With the fuel surcharge the cost is now 600 euros, the result of the price hikes not only in fuel but also in shipping,” notes news website news247.gr.