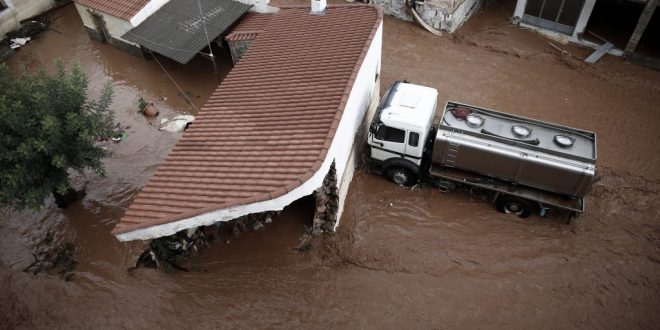 A court in Athens on Thursday handed down hefty prison sentences to eight individuals found guilty of contributing to the deaths of 25 people in the flash floods that inundated the town of Mandra in Attica in November 2017.

All sentences have been suspended pending appeal.

The court imposed prison sentences exceeding six years on seven of the former local authority and public sector officials, which can be bought off for the sum of seven euros a day.

The former mayor of Mandra was sentenced to serve four years and 22 months.

Apart from local authority officials, others found guilty in connection with the case included staff at the town planning department, the Egaleo forestry department and regional authority services.