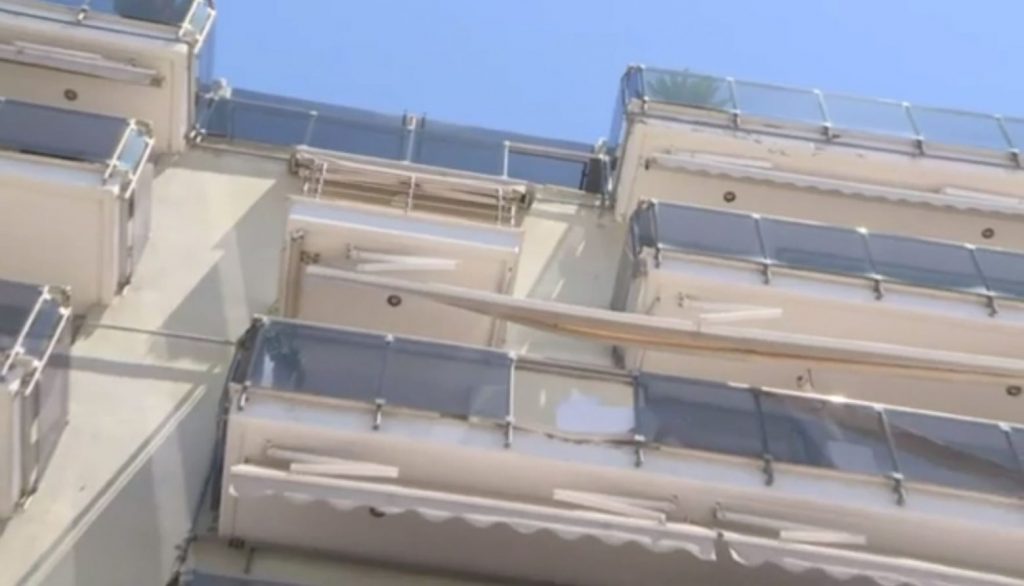 A group of robbers threw a 400-kg-heavy private safe off the balcony of an apartment building in Thessaloniki located on the sixth floor. They rushed down to the sidewalk, loaded it on their vehicle and fled the scene.

The perpetrators reportedly broke into the home of a local businessman well-known in the city in northern Greece around 3 o; clock early Sunday morning.

They detached the safe from its position and threw it off the balcony.

On the way down form the 6th floor, the safe hit a balcony on the 4th floor and opened a big hole, media reported. When it crashed on the ground it damaged the sidewalk.

The burgles rushed to the ground floor, exited the building and loaded their booty on their vehicle.

Media reported that the whole operation took two nights. One the first night, 2 people wearing hoodies broke into the apartment, turned the CCTV cameras to another direction and deactivated the alarm system. On the second night, it was four people who broke into the businessman’s home.

The fled without living behind a trace. Police has launched a manhunt.

The content of the safe was not intitially known. Media reported later that 300,000 euros cash and 15 collection watches worth 700,000 euros were in the safe.

The businessman filed against unknown perpetrators and offers a big sum of money as reward for their capture.