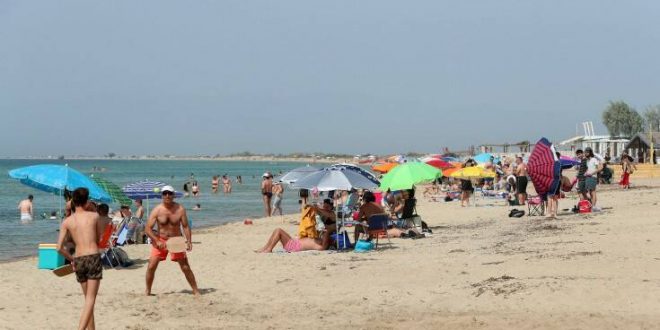 According to EODY weekly bulletin, the confirmed coronavirus cases recorded in the reference week were 13,623 cases of COVID-19 per million population (18% weekly change) of which reinfections account for 17% of infections.

The total number of infections since the pandemic began amounts to 4,058,998.

In the reference week there were 16 deaths of COVID-19 patients per million population (33% weekly change), while since the start of the epidemic a total of 30,496 deaths have been recorded. 95.7% of the deceased had an underlying health issues and/or were aged 70 or older.

EODY Mass Sampling: In the reporting week, 958 sample control actions were carried out by the EODY Mobile Health Teams (COMY), in which 110,217 Rapid Ag tests were performed and 20,076 were found positive (18%).

The coronavirus has started to put a lot of pressure on the health system, as in the last week there has been a significant increase in admissions to hospitals compared to discharges, while the number of patients being intubated has also increased.

“In the next 20 days, there will be pressure on the public health system, in simple hospital beds, both in non-Covid and in Covid cases,” Health Minister Thanos Plevris, said on Tuesday.

Speaking to Skai TV, Plevris said “the balance between new admissions and hospital discharges is negative, which means that hospitals are starting to fill up with patients again. We see it every day, we get the data. This pressure will continue for the next 20 days.”

The minister clarified, however, that in Greece as in foreign countries, the increase in cases mainly affects simple hospital beds and not ICUs.

Amalia Fleming hospital in Athens has been once again converted into a Covid-only clinic.

Based on the same data, the number of cases in Cyclades, Crete and the Ionian Islands are particularly high, healthreport.gr reports.

The cases in the official first weekly report of the EODY have been calculated per 100,000 population and the weekly change in confirmed domestic cases of COVID-19 by regional unit in the reference week compared to the previous week.

Which areas had the most cases, which had the least

In terms of cases caused by the coronavirus, per 100,000 population, the six regions with the most infections were:

The six areas with the fewest (always per 100,000 population) were:

Areas with biggest increase and decrease – via iatropedia.gr

Compared to one week earlier (essentially around the end of June 2022), the six areas that recorded the biggest increase in cases were:

The six regions with the greatest reduction in cases were:

More information on coronavirus in Greece here on KTG

PS EODY claimed the weekly bulletin would have more quality data, however, fact is that the average Greek (or foreigner) would need at least one PhD in Statistics I, II and III to get a clue with this Covid-alchemy.

Meanwhile, the hell is going on on Twitter due to unclear, fuzzy and insufficient information on the bulletin .