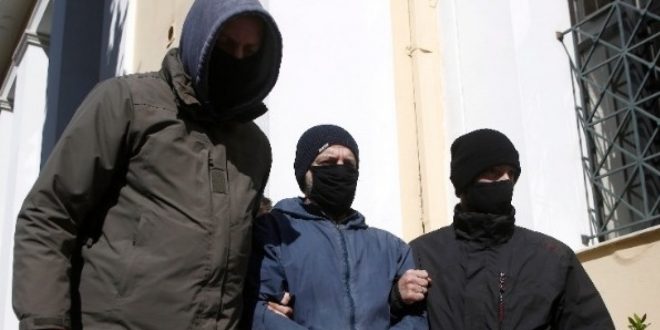 The Mixed Jury Court in Athens found the former director of National Theater, Dimitris Lignadis, guilty for two of four rape cases on Wednesday. The ruling was decided with a majority of votes. The defendant was in trial for the sexual abuse of three minors and one young adult man.

Judges and jurors partially adopted the proposal of the prosecutor in favor of the defendant found “guilty” to three of the four complaints that have been made against Lignadis by young men for raping them when they were minors, protothema reported.

According to state broadcaster ERT TV, the two cases in which the defendant was found guilty refer to the rape of a then 17-year-old boy in a hotel in Epidavros in 2015 and of an also 17-year-old boy in the convict’s home in Athens later in the same year.

With a majority of votes, the court acquitted the defendant “due to doubts” of the case of the first complainant.

Unanimously the court acquitted Lignadis of the case filed by the third complainant, who, while he had sued him for rape, he did not appear in court to support his complaint.

The process continues with Lignadis’ lawyer submitting requests for the granting of mitigating factors. Early Wednesday afternoon, media reported that the prosecutor rejected any “mitigating circumstance” and proposed 12 years in prison for each case. According to ERT, with majority votes the court decided to impose 10 years for the one case and 5 for the second.

UPDATE: With the majority of votes, the court finally decided to impose a total prison sentence of 12 yearsof in the highly acclaimed trial with the court declaring the former artistic director of the National Theater guilty of two counts of rape and imposing a total of combined prison sentence of 12 years. The decision was reached by a majority (4-3), with the president, one judge and one juror to have asked for an 11-year sentence. Taking into account also the time Dimitris Lignadis has been in custody, he could be out in some 5-6 years.

Earlier on Wednesday and reading the verdict, presiding judge, Panagiota Ioupi, said that the regular judges and the jury were not convinced by the defense arguments put forward by the defendant during his plea, denying that he has committed the criminal acts attributed to him, in.gr reported.

The court’s decision was delivered in a packed room, present were two of three complainants as well as the defendant’s brother and a few of his friends, including a former PASOK minister.

Among the crowd waiting for the verdict outside the court room were one SYRIZA MP and two from MeRA25.

57-year-old actor and stage director, Dimitris Lignadis, was forced to resign from his position as Artistic Director of the Greek National Theater of Greece in February 2021, when sexual abuse statements by minors against him became public.

Short time after, Lignadis was arrested and charged with rape.

He was serving as Artistic Director of the National Theater since August 2019.