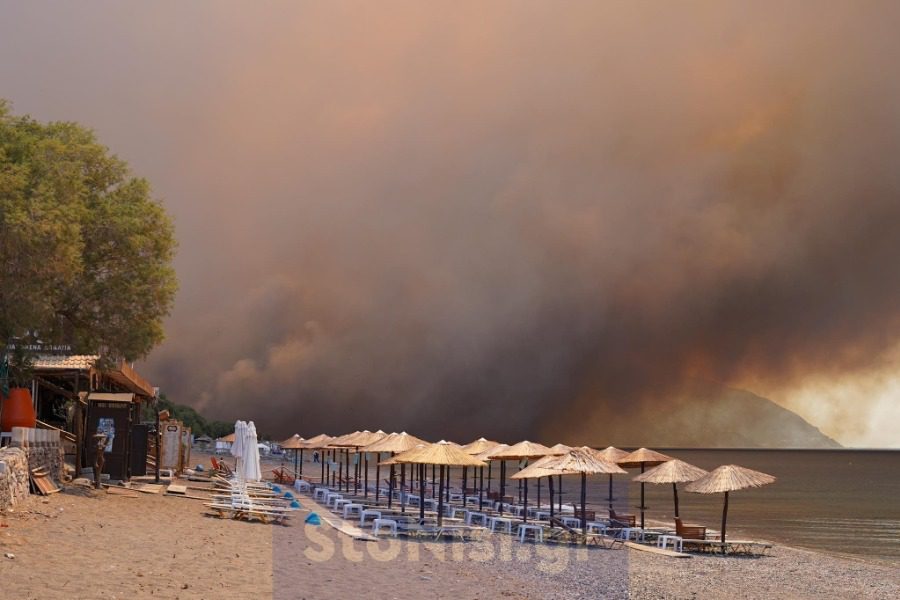 LESVOS FIRE VATERA: A hotel facility was evacuated as the flames were nearing and the preventive evacuation of Vatera village was ordered Saturday noon as the big fire that broke in the morning in the area of Rogada Polichnitos was out of control. Two houses have been burned down. One firefighter has been injured.

Residents and tourists in the wider are of Vatera received an evacuation message via “112”. 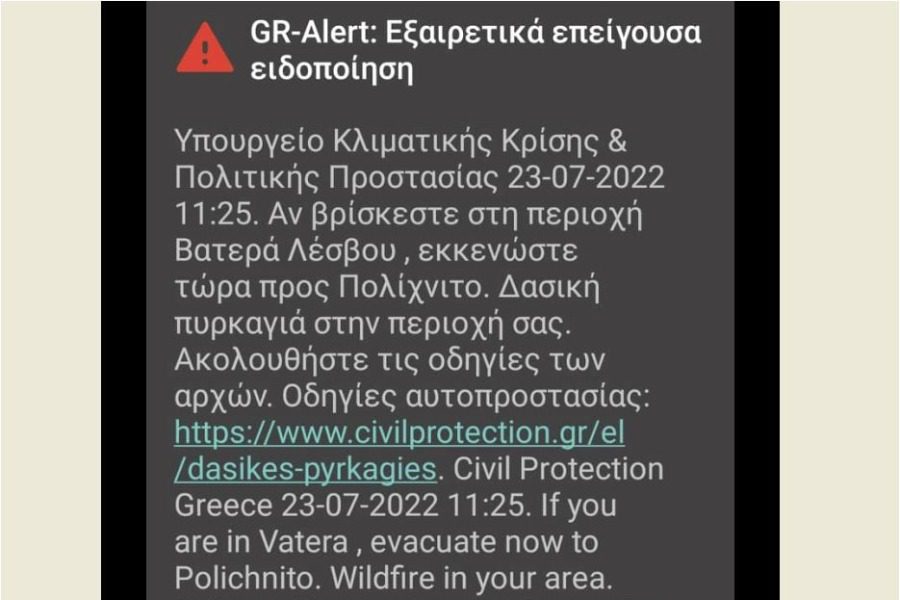 Local buses started to transport residents and visitors of Vatera to Polichnitos short before 12 o’ clock noon as the blaze reached the first houses of the settlement.

Firefighting forces have been reinforced in the area. Operating in the area are currently 50 firefighters, 2 teams on foot, volunteers, 17 fire trucks, municipality water-trucks, 7 water-dropping helicopters and Canadair aircraft.

The fire broke out at 10 o’ clock in the morning in the forest area on the road connecting Polichnitos to Vatera, in the  western part of the island of Lesvos in the Aegean Sea.

State broadcaster ERT reported at 12:30 noon of a thick smoke in the area and that the flames nearing house yards.

There are currently moderate winds in the area, local media lesvosnews reported, blowing with intensity of 4 to 5 Beaufort. 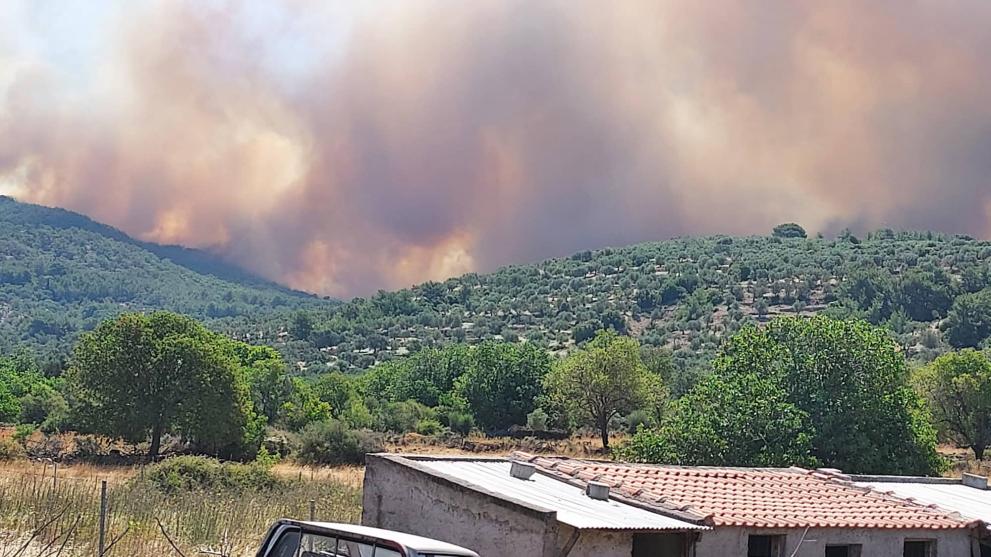 Forces of the Fire Service and volunteers are fighting the flames and the fire Service is considering the issue to be ”  particularly serious,” two to two fire front, reports local media stonisi.

“We are fighting to save the houses. The evacuation continues..,” said mayor of western Lesvos Taxiarchis Verros.

At 12:40, the mayor announced that the fire had burned down two houses, while fire fighters were struggling to save one hotel as the flames have reached just before the seaside beach entertainment area “ARENA.”

Vatera is a popular destination for local and foreign tourists, there are many summer houses, while many residents of Vryses moved there after the powerful earthquake in 2017.