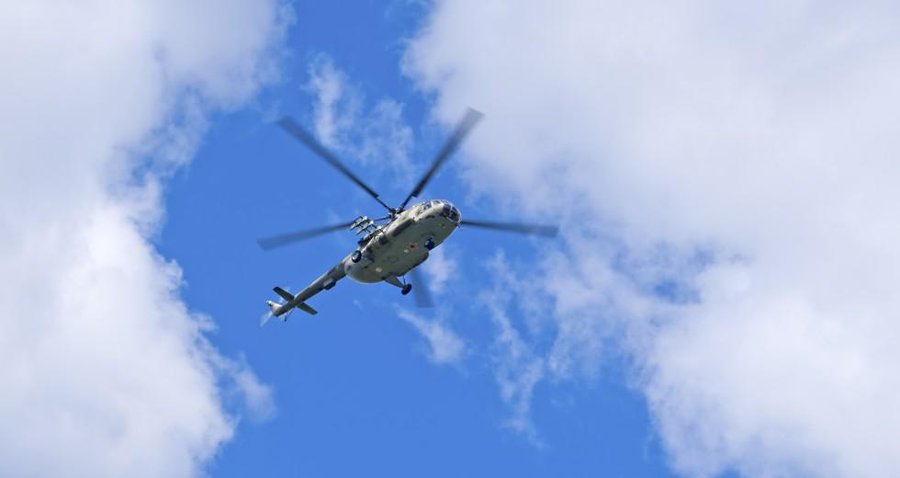 A young Briton died on Monday after he was struck by the tail rotor of a helicopter in unclear circumstances in a town outside Athens.

The accident happened at around 6.20 p.m. in Agios Georgios area in the town of Spata, in eastern Attica.

According to media, a group of four Britons had hired the helicopter and flew from the island of Mykonos to capital Athens.

The helicopter was on the ground when the victim found himself in the back and was reportedly dismembered by the tail rotor that was still working. Other media report that the victim was decapitated.

The helicopter had reportedly landed in a private helipad in Spata.

An ambulance that arrived at the spot could only confirm that the young Briton was dead.

While police investigates the circumstances of the tragic incident, the pilot and two ground technicians have been arrested.

It is still unclear how the young man approached the helicopter propeller and why it was still rotating.

According to what is known so far, the British group returned to Spata from Mykonos with two private helicopters. After disembarking, they intended to travel to Eleftherios Venizelos Airport, board a private jet and return to UK.

The two helicopters were flying one behind the other. The first Bell 407 helicopter, with four passengers and a crew of one pilot, landed at the heliport in Spata, very close to Eleftherios Venizelos Airport.

On board of the second helicopter that was still in the air were the parents of the 21-year-old victim.

According to information, after the landing of Bell 407, the four passengers were moving away from the helipad area to board the cars that would take them to the international airport.

The unfortunate young man had just got out of the helicopter and under unexplained circumstances he was hit and dismembered by the rotating tail propeller.

After the dramatic incident, the two pilots contacted each other and the pilot of the second helicopter requested and received permission to land at the Eleftherios Venizelos helipad, so that the victim’s parents would not collapse from the shock.

Citing police sources, media report police investigators are preparing a case file and the pilot is to be charged with manslaughter.

In first estimations to media, aviation experts have said “it looks as if safety measures were broken.” They stressed that passengers are not allowed to disembark while helicopter propellers still work. “This is possible only in emergency situations and under guidance and surveillance by ground technicians.”

“From what I know so far, there was no emergency last night,” an aviation expert told state broadcaster ERT.