Prosecutors brought additional murder charges against Roula Pispirigou on Monday for the deaths of her two younger daughters, 3.5-year-old Malena and 6-month-old Iris. Authorities point out at a modus operandi.

Malena, Iris and first born Georgina, 9, died in a period of two and a half years under mysterious circumstances. Two of the daughters died in the family home in Patras – one right after hospitalization – and the third in hospital. 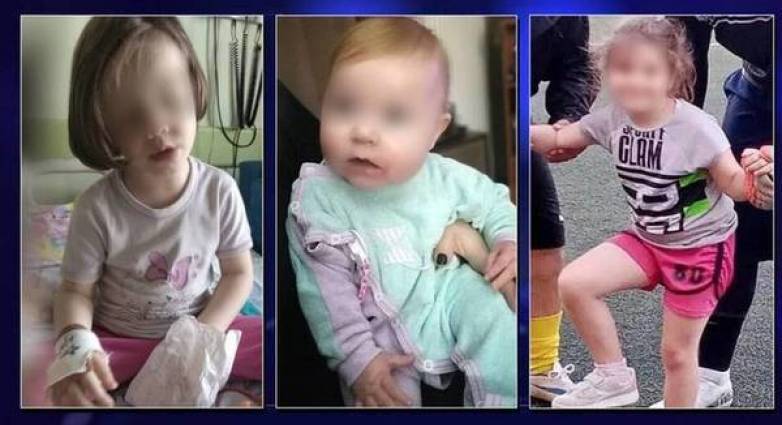 The mother, Roula Pispirigou, called by angry citizens “Medea” of Patras, now faces three homicide charges after investigating prosecutors concluded their research in the deaths and the findings point out at the mother.

The 33-year-old mother was arrested in March after the drug ketamine was found in tissue Georgina’s samples who died in January following a lengthy stay in the hospital.

Malena died from liver failure in 2019 and Iris in 2021 from a suspected heart defect.

The additional charges are based on the findings of the new forensic report by two coroners.

The findings showed that both Malena and Iris died of asphyxiation.

Aggravating for Pispirigou’s new charges  was the fact that she has allegedly done it other times, as in the case of her first child, 9-year-old Georgina, which indicates a modus operandi.

Criminal prosecution reportedly speaks of “intentional homicide in a calm state of mind” for the deaths of her other two children, Malena and Iris.

Prosecutors Antonis Eleftherianos and Apostolos Andreou concluded the preliminary investigation and and came to the conclusion that there are strong indications that Pispirigou has also taken the lives of her other two children.

According to reports, the prosecution was based on the forensic report of coroners Karakoukis – Kalogrias, but also on the fact that both acts were committed in the presence of the accused.

In particular, regarding the death of 3.5-year-old Malena, the doctors seem to describe the image of a mother screaming but the child being cold.

Prosecutors focused on the doctors’ testimony, but also on the fact that Malena was described as a sociable and happy child who had overcome leukemia. As doctors  testified, Malena died completely suddenly, which could only be justified if she was in the last stage of cancer.  However, Malena had overcome cancer and had been medically checked before starting chemotherapy.

The catalyst that led the two prosecutors to the conclusion that the death of 6-month-old Iris was the product of criminal activity, were the traces of blood in her mouth. In addition, the presence of blood and the post mortem stiffness, which had already occurred when the ambulance arrived and paramedics found that the child was cold, lead to the conclusion that death had occurred hours before they were called to help.

The case file has already been forwarded to the justice.

Pispirigou has denied any wrongdoing for Georgina’s death and will most likely do so also for the deaths of Malena and Iris.