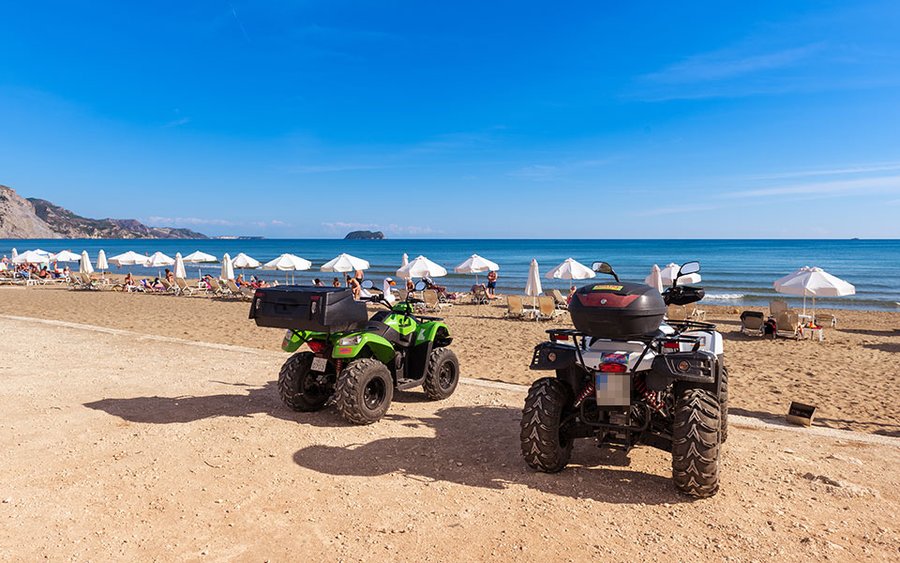 August 4, 2022 FEATURED, Tourism, Travel Comments Off on Tourists on ATVs: List of traffic accidents on Greek islands is getting longer 4,673 Views

The list of traffic accidents that have taken place on the Greek islands recently involving all terrain vehicles ATVs – or     “sows” in common Greek –  is getting longer and longer. Involved in the majority of the ATV accidents are young foreign tourists who are neither experienced with the local road network or the morphology of the landscape nor with the four-wheel-motorcycles.

In one of the most recent ones beginning of the week a 34-year-old man was killed on the island of Santorini.

The Irish driver of an ATV was driving on the Fira – Pyrgos expressway in Santorini and crossed the opposite direction in order to catch a view of the Caldera and take a picture. He dragged and killed the 34-year-old driver of a passing motorcycle and seriously injured another young man, a pedestrian.

Around the same time, a French couple riding the four-wheeled motorcycle was involved in a traffic accident on the old national road of the Municipality of Hersonissos. The 23-year-old woman is said to have suffered serious injuries on her face, while her 23-year-old partner suffered minor leg injuries.

Both were transported to the hospital by EKAV ambulance, while the traffic police are investigating the circumstances of the accident.

A few days earlier and on the same road, another accident involving an ATV vehicle occurred, when a car collided with a “sow.” The 25-year-old Dutch driver suffered multiple injuries all over his body and head.

On Zakynthos local community leaders  are reportedly getting angry with what they call “uncontrolled use” of the buggies by tourists asking for a cap, either to limit the number of ATVs allowed on the island in the Ionian Sea or a speed cap of no more than 50 km per hour.

“Tourists may have fun, but ATVs are the most dangerous thing on the roads,” Planos community leader Sakis Giakoumelos told local media imerazante.gr.

“I don’t want to upset businessmen [renting ATVs], we all want to earn money, but we should not mourn human lives,” he added. 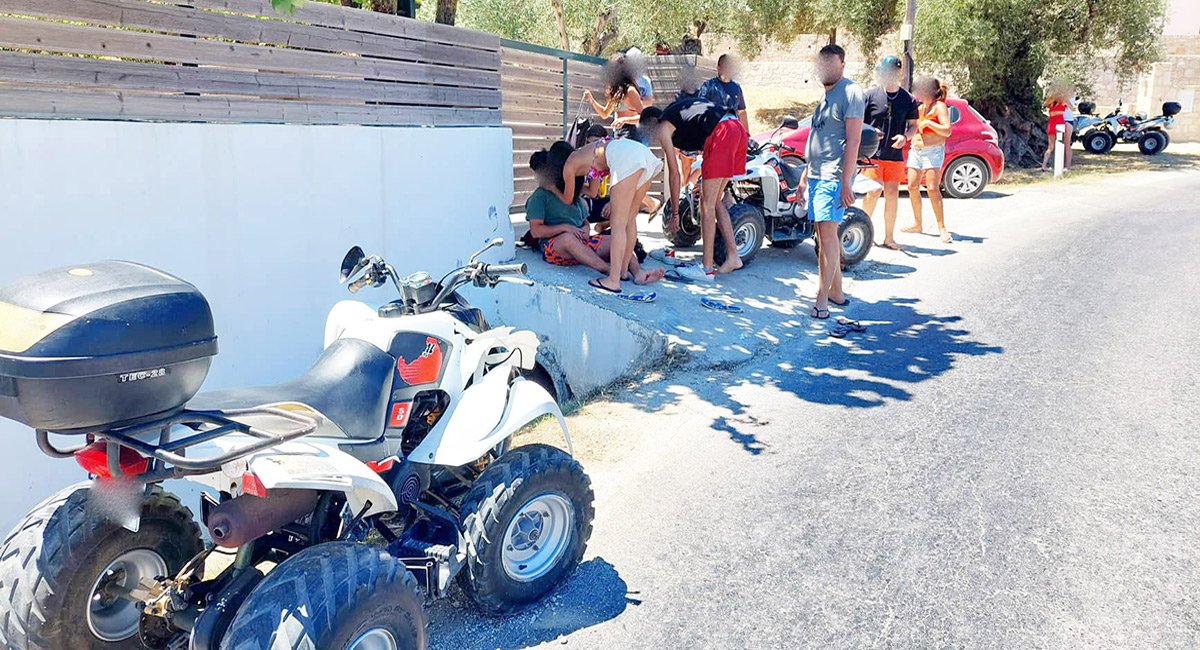 Beginning of July, a 19-year-old foreign national had to be airlifted from Zakynthos to the hospital in Rio on the western mainland, after an accident with an ATV. This was only one of the many accidents that occurred aily on the island, local media noted.

According to local Police Directorate “every summer the number of traffic accidents on our island increases due to the presence of many foreign visitors, who do not know the dangerous points of the road network, the drivers’ lack of attention, the alcohol consumption and the bad road network. Especially driving under the influence of alcohol is the most important cause of accidents.” according to EL.AS data.

Not much better is the situation also on the island of Mykonos, where according to local media cycladeslive.gr , ‘confused’ tourists even try to drive through the picturesque but extremely narrow streets with an ATV. 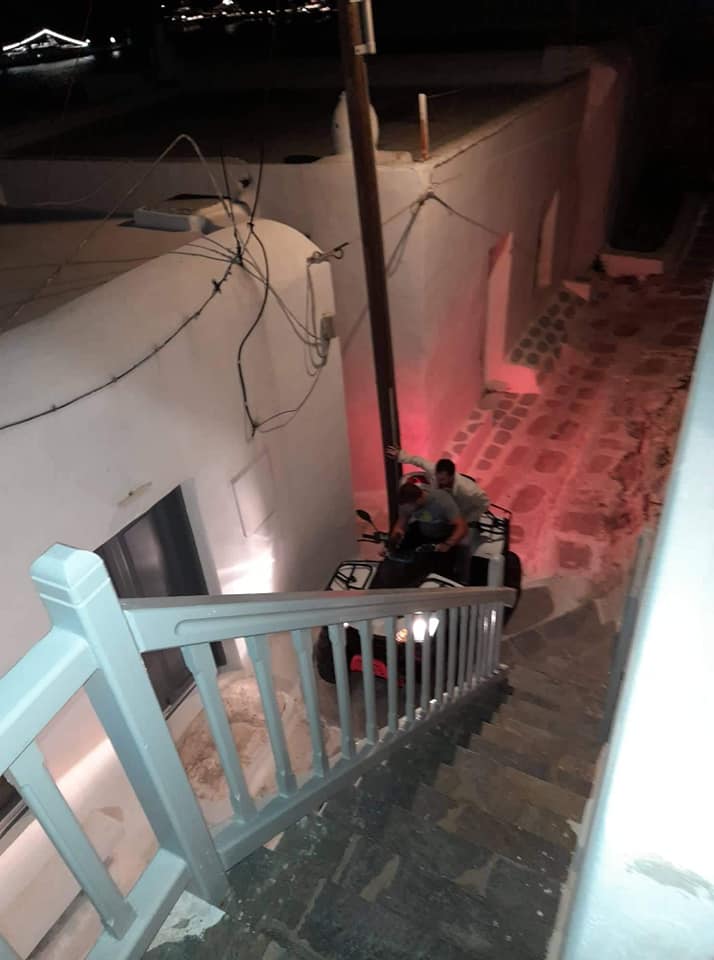 It is recalled that in March 2018, the Ministry of Transport submitted a bill that prohibited four-wheeled motorcycles up to 125 cubic meters from moving on paved roads, except to cross them vertically.

After strong reactions by local businesses, the government amended the bill in July 2018, allowing municipalities to decide by themselves whether or not to allow the movement of four-wheeled motorcycles on the paved road network of its jurisdiction.

In summer 2019, a total of 48 tourists were injured in accidents with ATVs, three of them fatally.