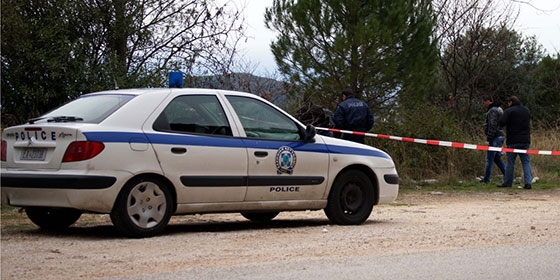 A 56-year-old man shot and killed his 29-year-old partner and their 10-month-old baby and then committed suicide with the same hunting rifle. The femicide took place in the village Lekani near the city of Kavala in North Greece.

According to preliminary media information, the perpetrator took both victims to the cattle pen and shot them dead.

Short before shooting first the woman and then the baby, he reportedly called a cousin telling him to come to the pen and see what he had done. Even before closing the phone the first shooting was heard.

Locals immediately called the police. When officers arrived at the scene it was too late for the victims.

The perpetrator and victim were living together for the last 4 year, however, the woman left their home with the child in July.

The victim had moved with the baby to her grandparents’ house. She was reportedly planning to leave for Germany where her father had recently died. She was planning to fix some issues and then return to Lekani where she already had rented her own home.

Local newspaper proini.gr reported that last Tuesday there was a court hearing in Kavala regarding the baby’s custody.

Locals told the newspaper, that they saw the man early Friday morning with the child and he seemed very upset.

He had reportedly invited the woman to the pen so that the child would have fun with the little goats.

Citing locals, another local media, kavalanews, reported that the couple had met when the woman had returned to the area from Germany for studies. He was exceptionally jealous of her, the locals said.

The victim with origins from Lekani was born and raised in Germany to a Greek mother and a German father.

the perpetrator had recognized the child after its birth.

He was father of two more children from his first wife.

The woman is the 13th victim of femicide in Greece alone in 2022. Over 20 young and older women were killed in the county by current and former partners in 2021, when the phenomenon started to reach unprecedented levels