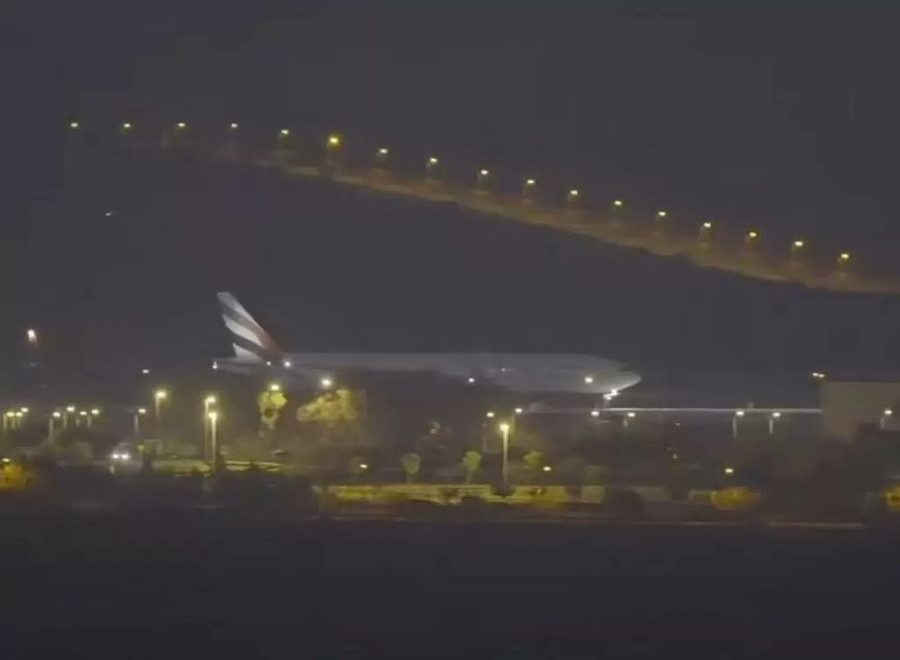 Emirates flight EK209 from Athens to New York has been ordered to divert back to Athens on Thursday night and is flying to Athens International Airport Eleftherios Venizelos accompanied by two F-16 fighter jets, state broadcaster ERT reported at 9:30 in the evening.

“This is normal when the code Renegade has been activated,” ERT added.

Code Renegade is usually a distress signal that a plane has been hijacked.

According to media, it is the second incident with Emirates flights from Athens on Thursday evening. The first referred to the flight Athens-Dubai that had its take-off cancelled at 6 p.m. local time.

“The doors were closed and the plane was about to start the take off procedure, the pilot informed passengers about a technical problem and the latter were ordered to leave the plane together with their belongings,” media report.

While back on the ground, the passengers were inspected by several police officers in civilian clothes, and “some of them had to take heir shoes off that were checked.”

According to ERT and other media, Greek authorities had received a warning by US intelligence agency CIA agency that “a suspect of Arab origin may be on board.”

“According to US intelligence, the man is suspect for terrorism,” cnngreece reports.

The passengers to Dubai, flight EK210 were reportedly thoroughly controlled by anti-terror units and the national intelligence service EYP and were allowed on board of the plane again.

The New York-bound flight EK209 was over Malta when the pilot was alerted by authorities that a suspicious person of Arab origin might be among the passengers. 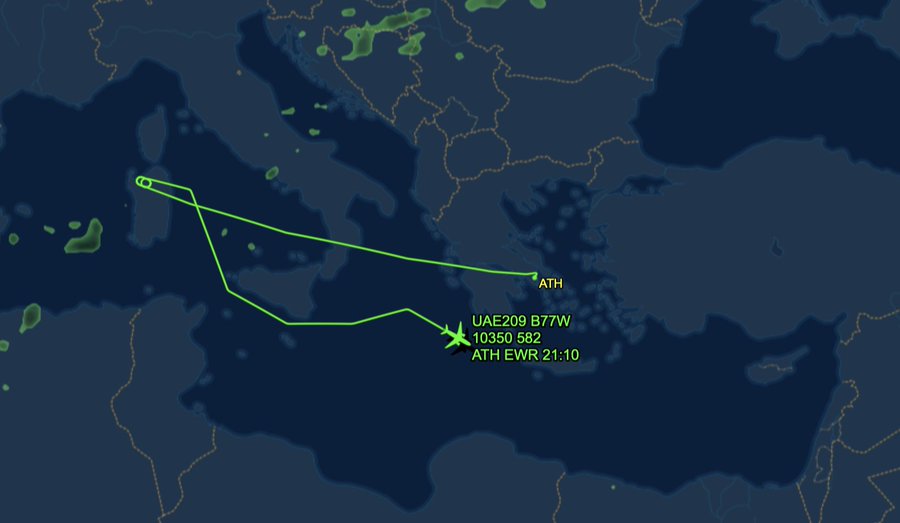 France and Italy closed their airspace and refused to allow the plane to land at any of their airports, so it was to return to Athens.

Flight EK209 is expected in Athens so that all passengers can be thoroughly checked.

According to information, the aircraft is accompanied by two F-16 fighters of the 340 Squadron as it has been ordered for operation “Renegade”.

10:00 p.m. local time: media report that EK209 had just landed at the Athens International Airport in the company of F-16.

State ERT TV reported that anti-terror units and national intelligence teams are awaiting for the passengers to disembark.

there are several videos allegedly from EK209 as the passengers are getting ready to get off the plane -except the suspect.

According to officially unconfirmed information, authorities have arrested the suspect.

Τhe other passengers have disembark.

It is not clear when they will continue their trip to New York.

According to latest information, the luggage is being currently checked.