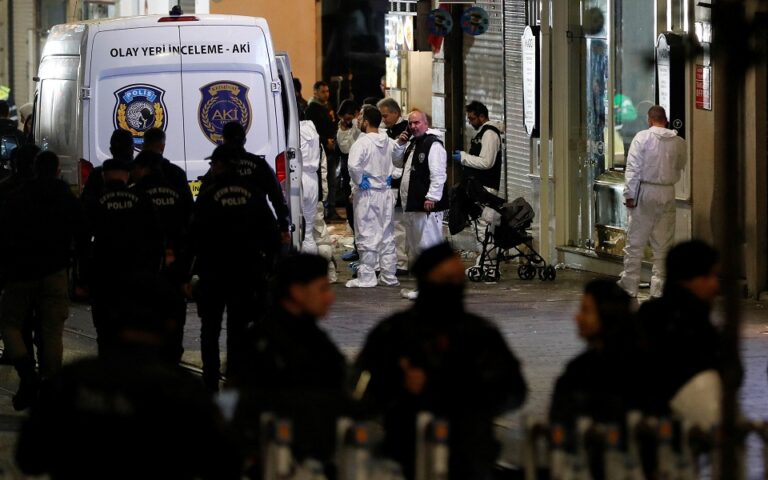 A young Greek woman is among the 81 people wounded in a blast that killed six people in Istanbul’s main shopping street on Sunday.

The woman was slightly injured by a piece of flying glass and is being treated in a city hospital, the Greek Foreign Ministry said citing a briefing by Turkish authorities.

Greek consular authorities are providing assistance to the victim, the statement added.

The young woman from Halkidiki in northern Greece was visiting Istanbul as a tourist.
“She was just 6 meters away from the explosion spot, she told us she was dead children” her parents told Live News magazine of Mega TV on Monday afternoon.
Her parents added they were concerned about their daughter’s condition and added that the Greek Health Minister told them she will be transferred to Greece for the surgery as the glass split was still in her leg.
The father said that they were told by the University hospital in Istanbul that they would have to pay for all the surgery and treatment expenses.
Greek tourist guides in Turkey’s biggest city told media that Greeks visiting the city did not cancel their trip and continued their program.
The bomb placed at a flower bed on popular Istiklal Avenue on Sunday afternoon, killed six people, members of three families, and wounded 81.
50 of the wounded have been discharged. Five of the wounded were in intensive care and two of them were in life-threatening condition, Turkish authorities said on Monday.
Late on Monday, Turkey has issued an arrest warning via the Interpol for a suspect who allegedly fled to Bulgaria.