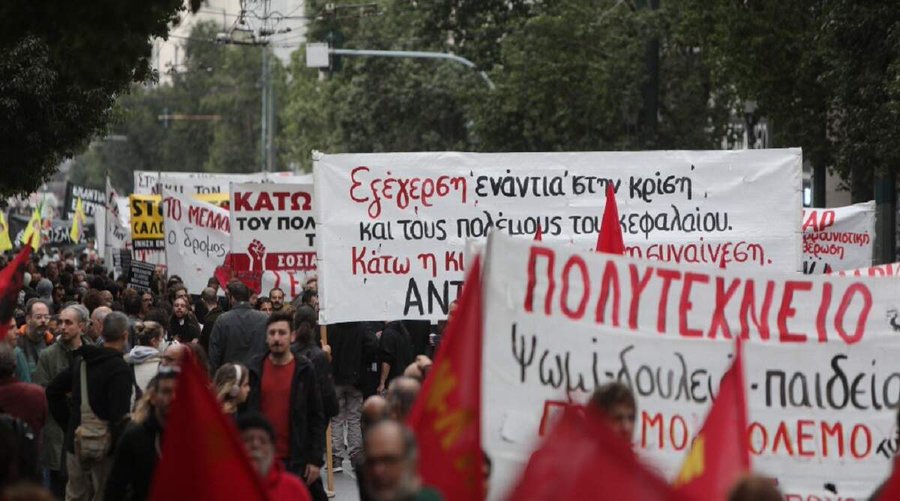 Thousands of Greeks marched through central Athens and other cities on Thursday to mark the 49th anniversary of a violently quashed students’ uprising in 1973 that helped topple the military junta which then ruled the country.

The annual march to the embassy of the United States, which many Greeks accuse of supporting the 1967-1974 military dictatorship, often becomes a focal point for protests against government policies.

Demonstrators on Thursday held banners reading “US and NATO get out, disengagement from war”.

A few protesters wore T-shirts that read “Fight for peace and disarmament”. 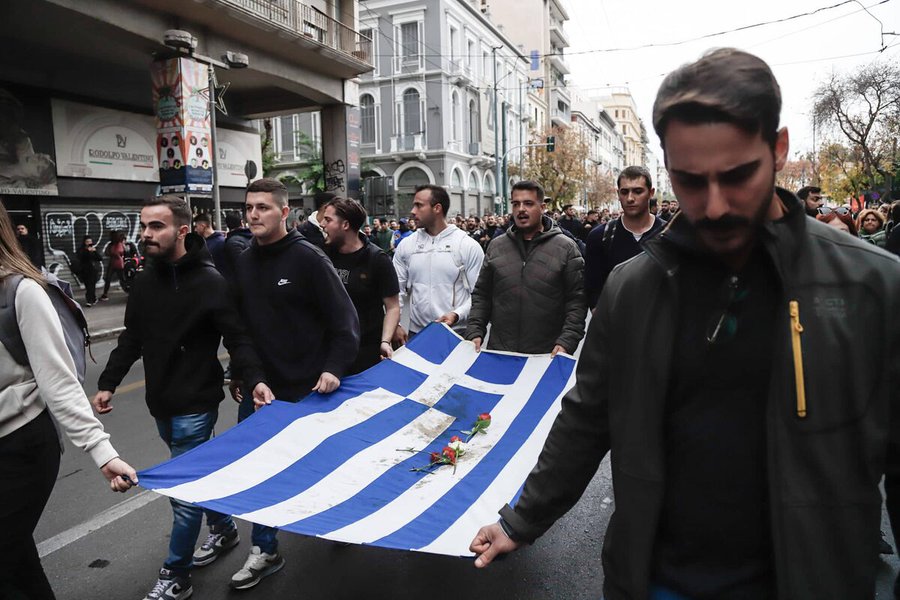 At the front of the procession, youths held a blood-stained flag that belonged to the students engaged in the 1973 revolt.

Earlier, people laid wreaths and carnations at the Athens Polytechnic, site of a bloody clamp-down on Nov. 17 1973 when tanks smashed through the gates to crush the revolt that heralded the end of the junta.

Seven people have been detained in Thessaloniki.

Τhere was minor tension with anti-authoritarian protests in Athens where police  had deployed some 5,500 officers.. A helicopter and drones hovered over the central Syntagma Square and neighborliness districts through the day.

Reuters called that the junta unravelled in 1974, amid a public outcry over a coup they instigated in Cyprus, triggering Turkey’s invasion of the island just days later.