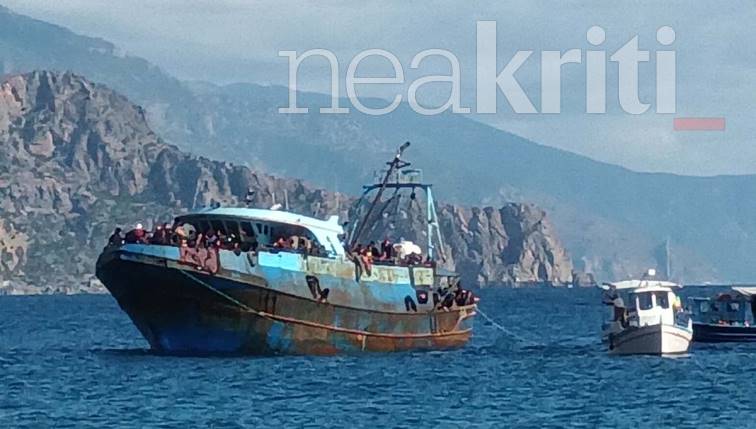 The fishing boat with 430 migrants onboard was towed to Skala Palaiochoras where it docked at 2 o’ clock Tuesday afternoon after a big rescue operation.

According to state broadcaster ERT, three of the 100 children in total suffered faint incidents and were transferred to the local hospital with ambulances.

The migrants from Egypt and Syria said they went onboard in Libya and they were heading to Italy, their final destination. 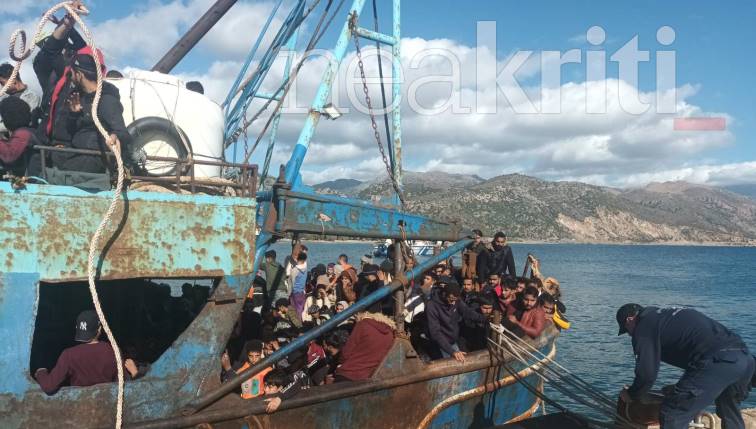 Local media neakriti reports that the 430 people currently remain onboard of the fishing boat and they were provided with first aid, water and croissants.

They will be later transferred to a local ship where they will be hosted for the usual identification procedures.

Local authorities stressed that the ship is a provisional solution as they were never before confronted with the challenge to provide shelter for so many people.

Boats of the Coast Guard, a frigate of the Greek Navy, private boats and Italian-flagged fishing boats are carrying out a large-scale operation off the coast of Palaiochora in southwestern Crete under adverse weather conditions as winds are blowing with 7 Beaufort.

A distress call was send via <112> in the early morning hours of Tuesday.

According to local media, there are 400 to 500 migrants on the fishing boat that had left the west coast of Turkey.

Frigate “Kanaris” was deployed to the area from the port of Souda right after the emergency call for SAR was issued by the Coast Guard.

According to latest information by state broadcaster ERT, there are currently efforts underway to tow the fishing boat.