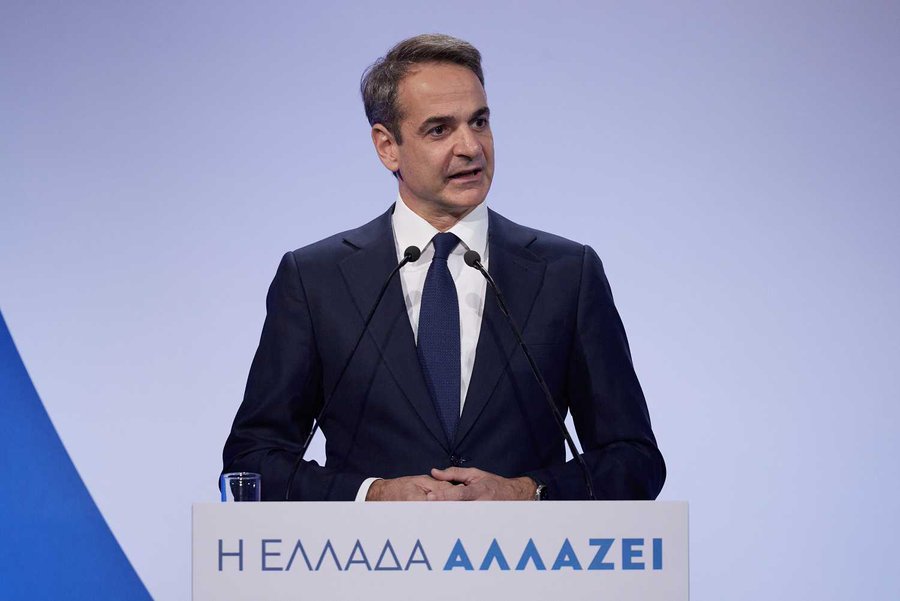 During his visit to Achaia, Peloponnese on Tuesday, Mitsotakis defended in a speech the household basket saying that it “already lowers the prices of products” in the supermarkets.

Ηe added about those who snub the basket  “let them take their own expensive bucket and go play elsewhere.”

Prompt was the reaction of left-wing opposition parties with main opposition SYRIZA to comment:

“The prime minister of poverty is provoking the Greek society. Mr. Mitsotakis continues to eat cake having the ultimate responsibility for the impoverishment of the Greek people.

He has no sense of what is happening in the society, nor was he ever interested in such a thing. He’s just pointing the finger at those who are unhappy and reacting to his wretched policies.”

SYRIZA added that the Prime Minister was “pathetic”.

The party leader and former PM, Alexis Tsipras, urged Mitsotakis to “let aside smart punchlines as they will not bring down the electricity or the supermarket prices and neither they protect eviction from main residence.”

Leader of communist KKE, Dimitris Koutsoumpas stressed “claptrap
“Instead of mocking with claptrap all those who question his “household basket” and his overall anti-people policy, Mr Mitsotakis would do well to take measures against price hikes, to increase salaries and pensions, to stop the first home evictions and auctions, to open LARCO, to modernize it, in a unified operation, with all employees with full rights. To stop this crime for the country’s economy, for the people’s property, for the workers.”

Apart from the political reactions, also the majority of Greek consumers do not seem to be content with the effectiveness of the household basket.

In the latest poll on the issue conducted by ALCO on behalf of Alpha TV, only 28% of the respondents stated that they use the basket many times.

28% is also the percentage of those who consider that the basket covers the basic needs of the family. 49% answered “negative.”

To the question if the “household basket” achieves its goal, just 4% answered “a lot”, while 35% answered “not at all”.

*Gauche caviar (“Caviar left”) is a pejorative French term to describe someone who claims to be a socialist while living in a way that contradicts socialist values. The term was invented in the 1980’s targeting long-term president Francois Mitterand and some of his ministers of the Socialist Party.

The concept is broadly similar to the English Champagne socialist, the American Limousine liberal or latte liberal, the German Salonkommunist, the Dutch salonsocialist, the Italian Radical chic and others.

PS My 8-year-old Kitty said she never found an answer to the question “why socialists and leftists have to be hungry with worn-out clothes and holey shoes?”