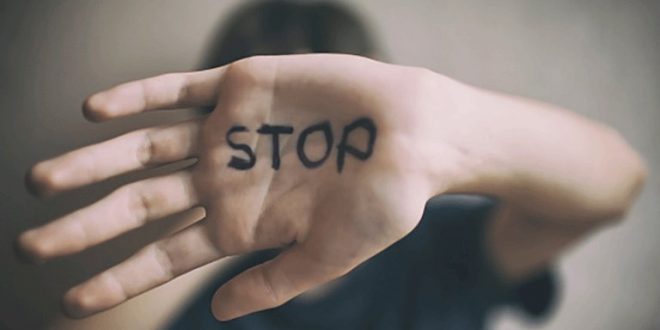 On the International Day for the Elimination of Violence against Women, Greece’s Citizen Protection Minister Takis Theodorikakos said that over 10,000 incidents of violence, in their vast majority against women, have been dealt with by the 18 Greek police offices for domestic violence this year.

“All together we will effectively address the violence against women,” Theodorikakos stressed in statements as he joined a group of female police officers from the domestic violence department, who were handing out information leaflets at Syntagma square in downtown Athens on Friday.

“For the Citizen Protection Ministry and for the Greek Police, every day is a day of effective actions against violence targeting women,” Theodorikakos said, and urged all women who feel unsafe in any way to speak openly and report it to the police.

The Minister’s statements come a day after the Forensic Psychiatry Branch of the Hellenic Psychiatric Association criticized that the country’s competent services are under-performing.

Greece is the last country in Europe in terms of protection from gender-based violence, with fragmented services and a low level of trust of victims in the criminal justice system and in the service delivery system, the Association said in a statement.

Stressing that “Greece is a negative first” among EU countries, it noted that  gender-based violence is a fundamental human rights issue, the elimination of which requires concerted action.

The problem of domestic violence is global and all countries face the same challenges in eradicating it.

Awareness and zero tolerance towards abuse of women and girls are important steps in preventing violence.

However, in order for substantial change to occur, interdisciplinary and cross-sector cooperation is needed, a good assessment of the needs of the victims and, of course, clear political will and commitment from each state, the Association reportedly underlined.

It urged the application of the provisions of the Istanbul Convention and the creation of coordinated groups that will provide effective protection and support, depending on the needs of victims of domestic violence, are of fundamental importance.

In addition, emphasis should be placed on updating and filling the large gaps identified in legislation to address online violence, putting women and girls at greater risk.

Violence against women has risen in Greece since the start of the pandemic and so did femicide cases.

Worth noting that more and more women report being victim of violence encouraged by the Me Too movement.