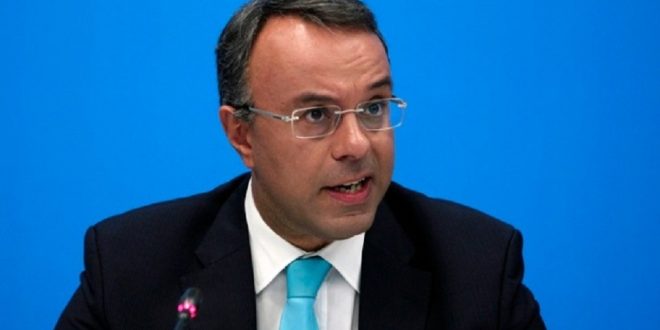 Greek banks must come up with proposals to actively support citizens who face a lot of financial pressures due to high inflation and the rise in the cost of money, Greek Finance Minister Christos Staikouras told them on Thursday, giving bankers a two-week deadline to do so.

According to a bank statement, Staikouras met anew with heads of systemic Greek banks, along with Bank of Greece and Hellenic Bank Association representatives.

Following his meeting with bank representatives, Staikouras said that the challenges for the Greek public are overwhelming and the financial system should lend a hand in supporting incomes of citizens under pressure, as the government is doing.

With the bankers, Staikouras discussed the following issues:

– Support of vulnerable borrowers who are up to date on their obligations, taking into account European supervisory rules and without fiscal cost. This proposal should be presented within the next two weeks.

– Banks should present proposals that will improve the number of approvals for extrajudicial debt settlement applications by borrowers who are up to date on their obligations. These should be presented by the end of the year.

– Interest on deposits must be raised, and raised interests on loans must be reduced, following the rise in the central bank’s interest rate. Banks are expected to move distinctly and independently in this direction in the near future, the statement added. The Greek government wants this to happen immediately, taking into account the great rise in the banks’ interest-rate margin lately.

– Bank fees levelled on simple bank transactions must be reassessed. On this, the government has provided banks with a proposed list of fees, which should be assessed by every bank distinctly and independently.

A new meeting will be held in about two weeks, the statement said.

PS It’s high time the banks we bailed out to return the “favor”.