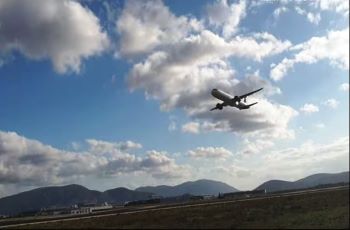 Tourism Minister Vassilis Kikilias said on Tuesday that an agreement has been reach with 11 airlines to increase flights from November 2022 until March 2023.

In an interview with state broadcaster ERT, the minister referred to the interventions implemented to strengthen winter tourism, so that Greece welcomes travelers throughout the year.

Kikilias stressed the importance of the agreement reached with 11 airlines for flights even between November and March, noting that the extension of the tourist season has already been implemented.

“In November we had a very good attendance at the branded destinations, on our islands, in Athens and in Thessaloniki. I am Minister not only of summer destinations, resorts, hotels and all professions that touch the sea and the sun, but also of winter destinations,” he said making special reference to the Greek National Tourist Organisation (GNTO) campaigns “Greece DOES have a winter” and “Greekend” aiming at the city break.

He also stated that during the Christmas holidays the accommodation in all popular winter destinations will be full, while at the same time important initiatives have been taken to strengthen the mountain alternative destinations.