Diaspora-Greeks: Ashamed of being Greek! ? 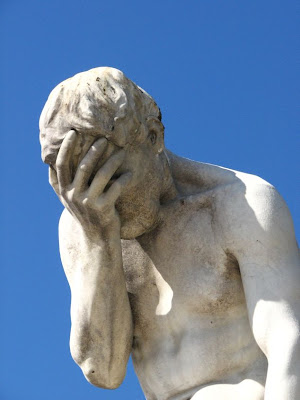 I am a Greek-American of the “diaspora” who can legitimately claim that I know both cultures fairly well.

In our US community, Greek-Americans are held at the highest regard. The level of respect and even admiration we enjoy in our community is more than obvious.  Before the “Greek crisis”, that is.  No, we did not lose, nor could, all this respect overnight.

However, we can easily detect “that look”, a different look than the “pre-crisis” one from our community peers.

We do receive some ironic, rightfully so, comments and even some anger that the rest of the world (true or false is irrelevant) has to bear the consequences of the Greek crisis.

The problem is that we know they are justified in their criticisms.

The Greeks for 35 years have been knowingly and willfully voting for “mafia-style-run governments” so they can use “reciprocal” bribery and corruption to enjoy a life-style they could neither afford nor deserved without ever working for it (exceptions to the rule are non-withstanding, yet, they are just that. Exceptions!).

Even today, Greeks do not dismantle the only European Soviet-type system that has yet to adopt “glasnost” and “perestroika”.  They keep on blaming their politicians, yet, they keep on voting for the same ones. In a democracy, by euphemism in this case, the ultimate responsibility lays with the voter/citizen.  The only soft spot of a democracy is that it requires a high level of responsibility, civic awareness, and education. Greeks have failed miserably in all of the above. Just look at the way they park their cars. They consider smart (“magia”) to park on the ramps built for handicaps and honk (let alone stop) for children on their way to the school bus.

To add insult to injury, the overwhelming majority of the Greeks even today have not realized the gravity of their situation and what is to follow.  They are being overcome by a “delusion of grandeur”.

They advocate that the rest of the world (and more than any, The Germans) owe them big time!  Their reasoning:   ancient Greece was the cradle of western civilization 2,500 years ago!  As if it is the only country with glorious history.  They believe the whole world has conspired against them so they can enjoy the natural beauties of Greece cheaper. Yes, the whole world is set against 10 million people (a relapse of “delusion of grandeur”).

Ask 100 or a million Greeks why they are proud of their country and you will get the same answer every time.  “The natural beauty and the ancient Greeks”; both given either by their distant predecessors (although historically disputable) or by God. When asked what Modern Greek achievements they are proud of, none can come with a single one for the past 190 years (with the exception may be of the 1940 war era against the axis).

For the first time they have made us “Greeks of the Diaspora” feel ashamed to be Greek.

No, not because Greece is in a crisis. It is the mentality, the irrational and unfair/wrong sense of entitlement they possess. The arrogance, the lies, and the mentality of robbing other hard working nations of their tax money, so they can enjoy the good life, is considered “smart”, they call it “magia”. This is what makes us most ashamed.

Last weekend it was a 3-day long weekend in Greece.  All the motorways leading in and out of the major cities were jammed and all the “tavernas” (even the expensive at E 150.00+/person were packed).

Aside from the economic issue, there is the moral issue to be addressed as well.  The IMF and The EU should keep on adding austerity measures and only when the motorways, the “tavernas” and the bars (at E 8.00/drink) have gone empty should consider stopping.  Until that happens, I am afraid that the rest of Europe will be “suckers” and the Greeks “magies” (smart) as they proudly self-proclaim themselves.  Only then Europe and The IMF will get their money back and We our Dignity.

The danger that our community, where we Greek-Americans live and work, might equate us with their mentality disputing even for a minute the fact that we worked so hard with honesty and sacrificed so much keeps me up at nights.

We do not deserve this and we are angry.  We do distance ourselves with those Greeks.  We do side with these voices of discontent, anger and sense of justice and morality.  Let them go bankrupt….the whole world will be better off….including the Greeks in the long term.  Do not delay the inevitable and our agony.