The situation has got out of control as vandalism, arson and looting incidents have been reported. Angry rioters have set on fire at least fifteen shops and banks branches, a bookstore, the historical building of Attikon Cinema and a Starbucks cafe.

The affected area is located between AthensUniversity and Syntagma Square.

Clashes between the police and the rioters continue at the Stadiu Street, with rioters hurling stones and molotov coktail bombs. 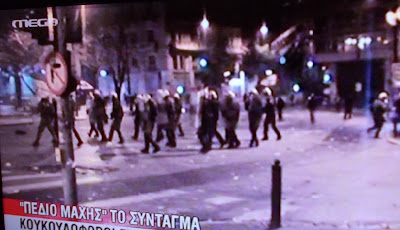 The police speaks of a group of 2,000 people causing all these damages. 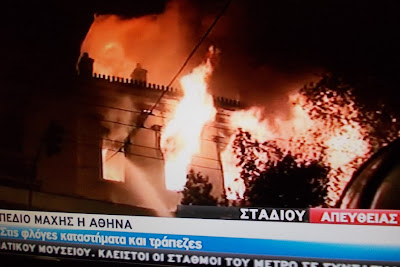 Looting at a shop with eye glasses/ Stadium street (NewsIt)