Greek Gov’t: No New Austerity Measures; Just the New “Old” Ones Worth €11.5 Billion

Whew! What a relief! Finance Minister Yiannis Stournaras and the three coalition government partners Antonis Samaras (ND), Evangelos Venizelos (PASOK) and Fotis Kouvelis (DEMLEFT) mainly agreed on measures worth 11.5 billion euro demanded by the Troika. The three party leaders agreed to apply the measures imposed, approved and voted at the Greek parliament last March, but not to proceed to additional measures in 2012. 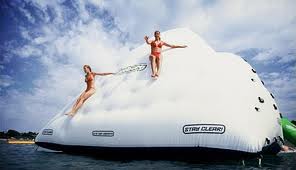 Merry Greeks Climbing Down the Iceberg

Furthermore, the three partners agreed to renegotiate with Greece’s lenders on a two year extension in order to be able to meet deficit targets. After the meeting Venizelos and Kouvelis made some statement concerning the goverment’s decision. Why PM Samaras made no statement, I really do not know…

He assured [the public? the journalists?] that the economic programme of 2012 will proceed as planned with the highest degree of social sensibility and that there will be no need for additional measures [for 2012]. Further, he expressed confidence that the special payrolls [judges, state hospital doctors, military personnel and others] won’t be affected and that equivalent measures would be applied.

As for the big economic programme of 2013, Venizelos said that there will be no horizontal cuts.

Kouvelis (DEMLEFT): [As it is hardly possible to translate the archaic language syntax of Fotis Kouvelis, I summarize below]

The government will try to make it easier for economically weak classes – No cuts in the special payrolls, but equivalent measures through cuts in operational expenditure not in wages – They agreed on quick structural reforms and exploitation of public assets –  Equitation of heating oil tax with fuel oil and benefits according to financial and geographic criteria – Searching for measures to make it easier or exempt weak social classes form emergency property tax  and possibility of payment in more installments “The duty of the government is to combat the deep recession and the unemployment.”

So what we learn from these statements?

a) That the government did not manage to identify from where to cut 11.5 billion euro and is still searching

b) A “bonus” was given to the special payrolls

c) Horizontal cuts in wages and pensions have not been excluded

d) Heating oil will rather burn us than warm us.

The rest is history. Nothing on privatizations, trimming down the public sector, cutting MPs benefits,  and so on. 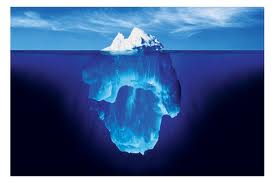 The two politicians’ statements have been posted here just for the records.

Greek media report that the government has not managed to identified measures worth more than hardly 7.5-8 billion euro. PM Samaras & Co have time to table their full measures package until July 26th 2012 to the Troika that will be arriving to Athens.

Of course, the question is whether the Troika will approve the little Greek games or the three captains will take the Titanic right in the heart of the iceberg.

PS The austerity-measures and expenditure-cuts package worth 11.5 billion euro for the years 2013-2014 does not include any full board, not even one carrot. Just a huge lash.

If you insist in reading more on the gov’s decision in English, click here and here

Greece’s draft state budget for 2023 is expected to be finalized this coming week, before …