These is no way that Greek households would escape the economical bleeding. The state mechanism is always keen in finding ways to grab the last cent out of the people’s pocket whether they have it or not. The trick is simple: small amounts of money, grabbed in the form of low-level hikes for public services or small levies imposed in a regular form.

It can be the 10-euro banknote for medicine prescription, it can be the decrease of the participation of the public health care system in the coverage of medical health care.

It can be an additional 10-euro banknote in the electricity bills or a new levy on properties amounting 150-200 euro.

“The amounts are not huge”, one could argue but in Greece of loan agreements wages have decreased from average €1,500-2,000 before the crisis down to €750-800, pensions have suffered,  people are awaiting for even six months to receive their salaries and some see their monthly income to vanish already in the middle of the month. Then, yes, these small amounts do make a huge difference.

As of 1.1.2014 households will be charged with an average of 10-15 euro fee. This fee is to cover the losses of Public Power Company (DEH) from the high prices it used to pay to big or small private photovoltaic investors. As the fee will be collected retrospective as of 1.1.2014, austerity-hit Greeks will have to pay at least 40-50 euro with their electricity bills that will come in April.

“They have no shame on them,” a friend told me. “Now that the last Emergency Property Tax installment came with the electricity bills in March, now they will apply another fee.”

I asked “why should PPC-subscribers pay for the wrong calculations of DEH?” but neither her nor I could find an answer…

This morning the friend called me almost terrified as she had read that a new levy will be imposed on properties.

The article in Ethnos daily read more or less that “properties needed a so-called  electronic identity that the cost of the relevant report by engineers would be 150-200 euro.” The property recording is obligatory for all properties, the measure is expected to apply somewhere in the middle of 2014 and conclude in ten years.

I remember 3-4 years ago there was a building and properties census. What happened with the collected data? Can’t they simply be fed into electronic system?

“E-identity my a**,” my friend screamed on the phone. I reminded her that the Greek government has been repeatedly assuring during the last months that there would be no new taxes, no new levies, and then she said something I’m too shy to write down here. 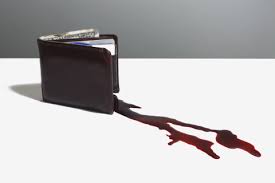