Riot police fired teargas to disperse protesters in downtown Athens on Sunday the day streets were full of people as the shops were open for Pal Sunday.

Some dozens retail workers had gathered in  Athens’ main shopping street Ermou. The protesters were chanting slogans and holding banners against the shops opening on Sundays. The street was full of families, when the riot police fired teargas because the protesters were allegedly were prohibiting consumers to enter shops or just window shopping. 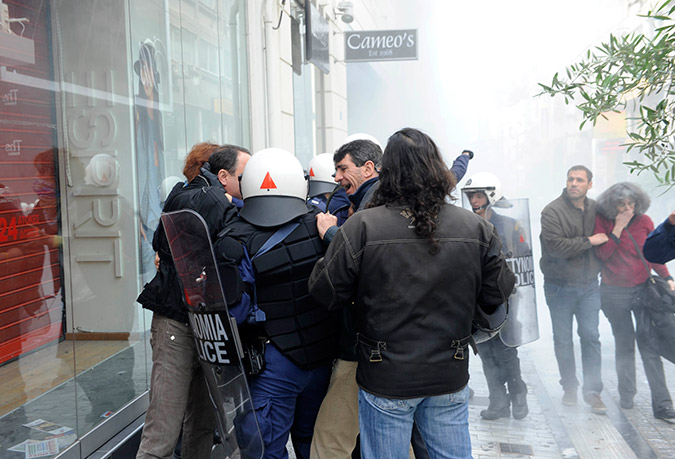 The use of teargas was limited but enough to scare hundreds of consumers among them children and create an unpleasant atmosphere.

Greek media report that one protester was slightly injured.

On Monday, the Federation of Private Employees Association ( OIYE ) condemned the police behavior describing as “cruel and without provocation” and dismissed claims that “protesters verbally attacked and prevented consumers.”