Finally. The granny that ruined Greece with invading taxes and almost ruined the eurozone as well has been caught. And fined. A juicy fine for a granny in central Greece who decided to sell vegetables in the open market of Trikala in Central Greece without permission. Tax inspectors in Greece are known to be unbiased, chase tax evasion and therefore fined the 79-year old with 5,000 euro.

The granny was caught in action to have sold or be about to sell: 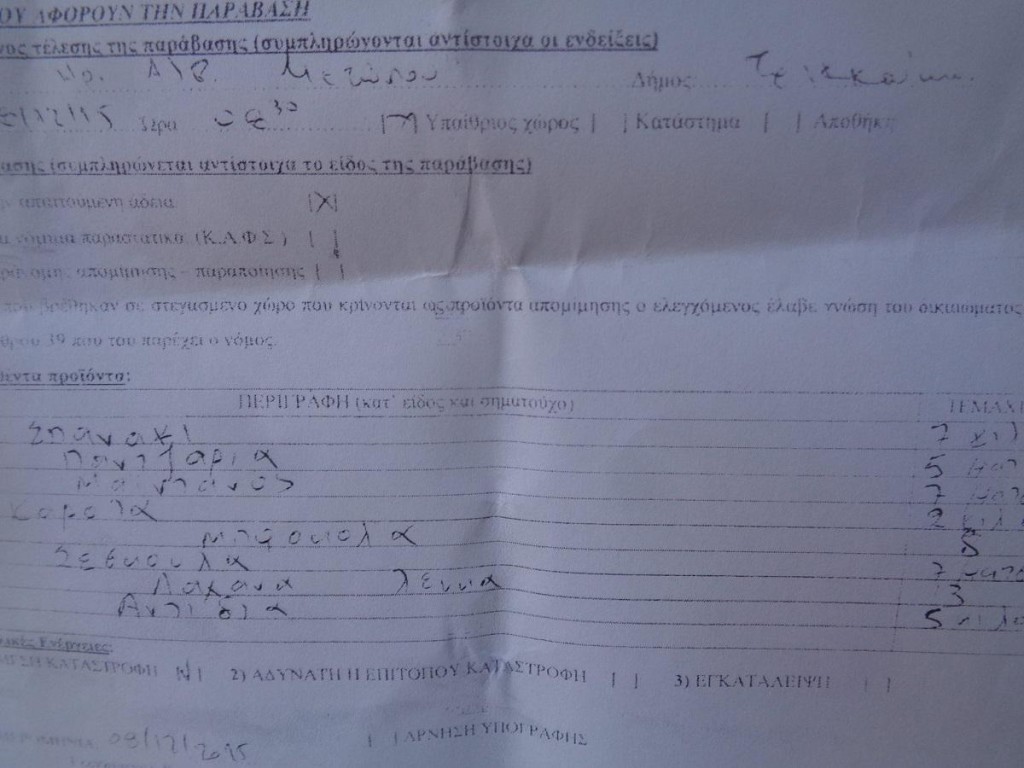 Based on the time the fine was issued (08:30 a.m.), I suppose the granny had the vegetables just spread over a stand and was about to sell them.

Roughly estimated I would dare say that the total turnover for the granny would be some 30-35 euro and thus tax-free.

I remember a couple of weeks ago, police in Karditsa, Thessaly arrested a 92-year-old for selling roasted chest-nuts on the street among others for the crimes of not without issuing receipts through a cash register.

The overage man was arrested for not having a cash register, while the police officers confiscated the chestnuts and the roaster. The 92 year old is facing charges of “commerce without permission,  of “unfair competition“, “the absence of a cash register” and “illegal use a polluting mechanism” (ie the chestnuts roaster).  the man had to appear before court.

Grannies with veggies and grandpas with chestnuts are easy targets for law- and tax-enforcement authorities, especially when they wander around with their goods and they don’t hide them in dark cellars

Difficult it is when the tax-evaders have parked their money in bank accounts in or outside the country. With the Greek Finance Ministry determined to combat and condemn tax evasion from wherever it comes from, the Financial Crimes Units (SDOE) gave today to media a list of tax-evaders they found out after cross-checking “tax declarations” and “bank accounts.”

Among the dozens of cases, there were:

Allegedly all the tax-evaders had no reasonable explanation about the wealth increase. Checking through the published list the “hidden” amounts were between €300,000 and €18 million. The cross-checks apparently took place in September and October. Authorities did not inform the public, whether they confiscated the bank-accounts or they imposed fines and if yes, to what height. Or both.

Finance Minister Euclid Tsakalots said today ” We had no time to go after the rich” over unpaid taxes, whereupon grannies started considering hiding in cabbage heads 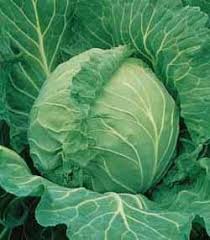 rumors that grannies now hide in cabbage heads are not confirmed

PS we should still keep an eye on grannies bearing veggies, I mean.