A bus and a trolley bus were set on fire short after midnight in downtown Athens on Wednesday. Unknown perpetrators stopped a blue bus, ordered 15 passengers and the driver to  get off and set it on fire. They stopped also an empty trolley and set it on fire as well. Both vehicles were completely destroyed. 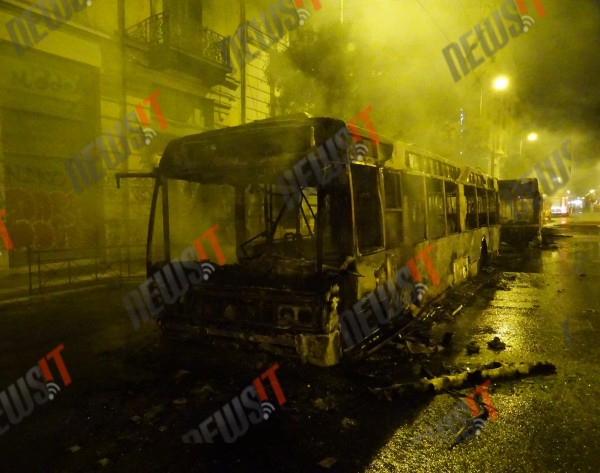 The group consisting of some 30 people wearing hoods moved one and set on fire garbage bins, set barricades and threw rocks and molotov cocktails at riot police that had rushed to the area outside and around the Polytechnic School area and Patision Avenue.

Police detained a Greek and an Albanian.

After similar arson at public transport means a couple of weeks ago, the Blue Bus company OASA, diverts late night routes away from the Polytechnic area through an alternative route. However, only over the weekends. Now workers want change of the night routes all through the week.