Ankara alleges that Greece has forcefully sent more than 3,000 refugees migrants back to Turkey in the past months violating the Turkish-Greek readmission agreement and the EU Turkey Deal. According to Turkish officials, the migrants were sent back to Turkey through the Evros river (Maritsa in Bulgarian, Meric in Turkish), the natural border between the two countries in the north. Turkish news agency Dogan reports, furthermore, that the migrants were tortured by Greek police officers who also seized their personal belongings before putting them on boats and pushing them back to where they came from.

Turkey stated on Feb. 3 that Greece had “forcefully” sent thousands of migrants back to Turkey via the River Maritza in recent months.

Officials from the Directorate General of Migration Management, which works under the Interior Ministry, said that Greece sent back more than 3,000 migrants to Turkey in the past four months.

The officials requested anonymity as they were not authorized to speak to the media.

They said Greece was not abiding by the readmission agreement between Turkey and Greece, while also disregarding international laws on human rights.

As part of the agreement, the Greek officials should return refugees trying to reach western European countries via Greece, catching them through the Ipsala border gate in the northwestern Turkish province of Edirne.

“But they are forcefully sending [the refugees] back to Turkey via the River Maritza by using the ‘push-back maneuver,’” the sources said, adding that Greece had sent more than 3,000 migrants back to Turkey in the past four months using this method.

A readmission agreement between Turkey and the European Union on March 2016 regarding illegal immigration, mostly involving Syrians escaping from the country’s civil war, was made possible through a protocol and cooperation between Turkey and Greece, as the Aegean Sea was one of the main transit routes for refugees especially throughout 2015.

Greece and Turkey are currently in the midst of a fresh row after Turkish Foreign Minister Mevlüt Çavuşoğlu on Jan. 27 said Ankara would take “necessary steps” against Athens following a Greek court ruling not to extradite Turkish soldiers accused of involvement in the July 15, 2016 coup attempt.

Most recently, 40 migrants of Syrian and Pakistani origin who were forcefully sent back to Turkey via the Maritza were spotted by Turkish soldiers standing on guard on the border in Edirne.

The migrants were then handed over to the provincial branch of the Directorate General of Migration Management in Edirne.

‘Greek police beat us up’ say migrants sent back

İbrahim Adnan Onal, a Syrian migrant who illegally crossed the border to Greece a few days ago after spending four years in Turkey, said Greek police officers had beaten him and other migrants in order to force them to board the boats back to Turkey with the push-back maneuver.

“I and many others crossed to the Greek side from Edirne’s Karakasım village via the Maritza River with boats arranged by organizers. There the Greek police captured us. They sent us back in groups of eight on boats via the Maritza after we were held without food or water for two days,” Onal said on Feb. 3.

Osman Alehbir, a Pakistani migrant who was among the 40 caught on the Maritza River, also said he was beaten and forced to board the boat back to Turkey.

“They did not even take us to [refugee] camps in Greece. They kept us, with our children, waiting for two days in the cold,” Alehbir said.

Most of the migrants were reported to have filed complaints at the Edirne provincial branch of the Directorate General of Migration Management upon their arrival back in Turkey, saying Greek police had tortured them and seized their personal belongings.” via HurriyetDailyNews 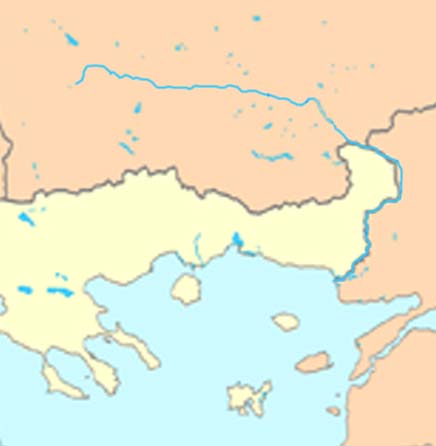 Turkish allegations come amid a war of words against Greece after the Supreme Court rejected Ankara’s request to extradite 8 Turkish soldiers who sought asylum after the failed coup last July.