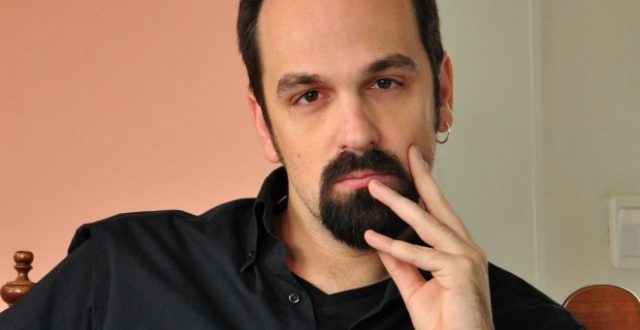 The legal adventures of satirical Greek blogger “Elder Pastitsios” (Geron Pastitios) are over.  The Three-Member Misdemeanors Court decided to trigger Article 8 of Law 4411/2016, which eliminates criminal liability for misdemeanors and minor offenses that were committed until 03.31.2016 and threatened with imprisonment up to two years. Philippos Loizos, aka satirical online persona “Elder Patsitios” had appealed to the court. He had been tried for blasphemy against the Greek Orthodox monk Elder Paisios.

Loizos had created the satirical figure of “Elder Pastitsios” a fictitious monk who first appeared in a Facebook page. The satire was mostly based on the famous Greek Orthodox monk Elder Paisios, with his name and face substituted by pastitsio — the famous Greek pasta, minced meat and bechamel sauce dish – and the combination of Greek Orthodox and Pastafarian imagery.

The page criticized, among others, the exploitation of Elder Paisios by the Greek press and by Orthodox websites that propagate the alleged prophecies and teachings of the charismatic Elder (according to his followers he had predicted the fall of the Soviet Union and the recent Greek crisis.)

The page ran for about a year until it was closed down after the arrest of its creator for blasphemy on September 21, 2012.

The case, which started as a Facebook flame, reached the Greek Parliament twice and created a strong local as well as international political impact. 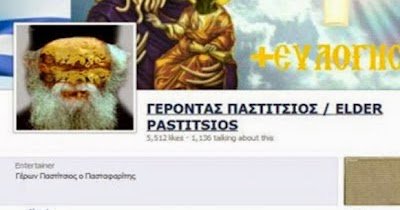 In July 2012, the Elder Pastitsios page created a hoax about a posthumous miracle by Elder Paisios which was submitted to various Orthodox, conservative and far-right blogs. The story was based on several existing accounts that were already circulating online and involved the miraculous recovery of a teenager who supposedly woke from a coma after his mother placed a talisman with dirt from Elder Paisios’ grave under his pillow.

The story reached 93,800 Google search results and was reproduced both online and in print, and even became a cover story on the far-right newspaper “Eleftheri Ora”.

The 27-year-old page creator Loizos would later state that he did this to expose the gullibility of the faithful, and also to show the poor fact-checking done among the religious and conservative blogosphere.

On 21 September, Philippos Loizos was arrested on charges of malicious blasphemy and offense of religion. Blasphemy in Greece carries a fine of up to 3,000 €, and up to 2 years imprisonment.

Lozios was arrested by a team of Greece’s Electronic Crime a few days after Golden Dawn MP Christos Pappas had brought a relevant question to the Greek Parliament asking the Education and Public Order ministers to “take the necessary steps as the [internet] user insults, mocks and tries to humiliate the sacred figure of Greek Orthodoxy,  Elder Paisios”.

Police had concluded its investigation before Pappas brought the case to the Parliament.

Loizos arrest triggered an outcry on internet and thousands of people spoke of unprecedented censorship thus blaming Samaras’ government for complying with the demands of extreme-right Chrysi Avgi (Golden Dawn).

Thousands protest against this censorship on the internet, the hashtag #FreeGeronPastitsios became a world trending. A petition was created asking the Greek parliament to immediately release the man and abolish anti-blasphemy laws in Greece.

After the sentence became known many internet users complain about the censorship and some even compare Greece with Iran.

On January 16, 2014, Philippos Loizos was found guilty of “repeatedly insulting religion” and was sentenced to ten months in jail, with 3 years suspension. The prosecutor had recommended a smaller sentence.

The case of “Elder Pastitsios” had received wide publicity and had caused reactions from political parties, institutions, universities and hundreds of people, while Amnesty International also referred to the case.

Before the court decision on March 2nd, and an interview to Documentonews.gr, Loizos said that even if he is acquitted by the court, the blasphemy laws are a sign of Middle Ages in Greece.