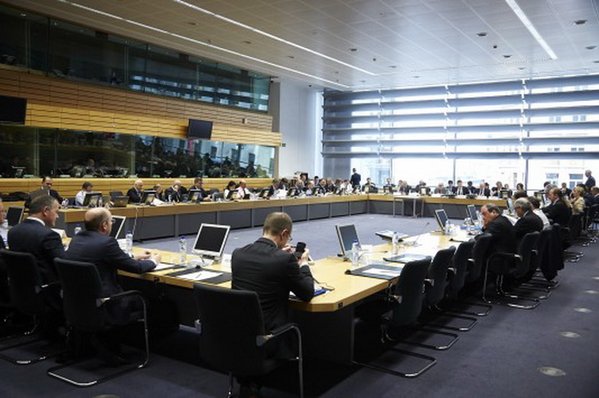 One more Eurogroup for Greece as eurozone finance ministers meet in Brussels  later on Monday.  One more Eurogroup without great expectations like concluding the second review. The Greek government anticipates a sign of progress and looks towards the next Eurogroup meeting in April. Aim of both sides is to bridge the gap as thorns in major issues remain.

The government practically expects “a sign of progress in order to be able to unite the parliamentary group of left-wing SYRIZA given the upcoming tough austerity measures that may turn the ruling party into a boiling cauldron,” writes in.gr.

During the marathon teleconference over the weekend, the two sides agreed on issues like the Superfund, privatization and extrajudicial compromise. Open are still the crucial topics of social security (see: pensions), labor issues and energy.

On labor issues the government remains adamant against lenders’ demand to increase the cap for mass lay-offs and the launch of strikes. Moreover, Athens wants to restore the collective bargain.

Pensions lenders require the reduction to be made at once in 2020, while the government seeks gradual cut.

While Greece is cool, Bloomberg warns that “missing another deadline for unlocking bailout funds this week,”  bring the country “closer to a repeat of the 2015 drama that pushed Europe’s most indebted state to the edge of economic collapse.”

The Euro-area finance ministers will reiterate that the government of Alexis Tsipras has yet to comply with the terms attached to the emergency loans that have kept the country afloat since 2010, Bloomberg notes and adds that

“The two sides are still far apart on reforms demanded by creditors in the Greek energy market and the government in Athens is resisting calls for additional pension cuts.”

Greece is seeking a political solution for the three issues that remain open.