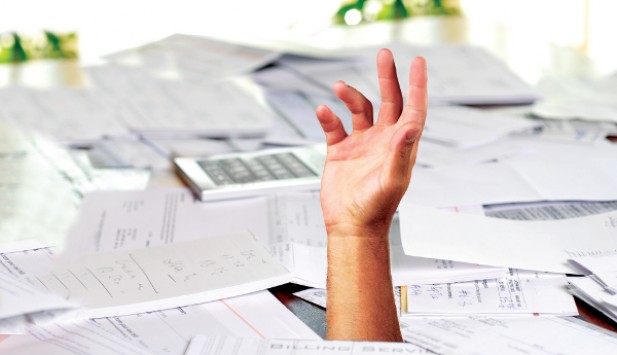 Greeks paid €7bn more in taxes in 2016, as middle-classes vanish and poverty increases

Two out of ten Greeks paid 80% of the total income taxes last year. At the same time poverty increases: more than 340,000 households declared zero income for the tax year 2015. Data released on Thursday by the Independent Authority for Public Revenue (AADE) shows the stifling tax burden and the disproportionate allocation against the social groups that were once the middle-classes.

The data revealed that 70% of the paid taxes came from employees and pensioners who cannot hide their incomes.

According to the data:

At the same time, income declarations of taxpayers with zero income increase by 34.000.

One out of ten households had not even one euro income in the tax year 2015 (tax declaration in 2016).

Five out of then households declared a annual income below 1,000 euros.

Three in ten households had an annual income of 12,000 euros.

513,509 taxpayers with annual income of 30,000 euros or over paid the lion’s share of taxes due to the state’s inability to contain tax evasion, restructure the public sector and make the necessary reforms.

Each time public finances go off course, it is taxpayers with monthly revenues of more than 2,500 euros who are forced to plug the gaps. On average, these people pay in excess of 9,200 euros in taxes per year.

In total, about 6,194,000 taxpayers declared 2015 incomes of 75.1 billion euros to the tax authorities last year. This increased to taxable revenues of 82.1 billion euros following the incorporation of assets used for the determination of undeclared incomes (known as “tekmiria”/deemed income), and the income tax due amounted to 8 billion euros.

The data illustrate that declared incomes fluctuate from year to year according to the state of the Greek economy: For example, incomes expanded when the economy stabilized in 2014, while they shrank the year after that because of the uncertainty and tough austerity measures that followed.

Declared incomes in the last five years have been as follows:

From all this, we can conclude that Greek taxpayers’ incomes crumbled by about 17.9 billion euros in the first two years after the start of the bailout program. In particular Greek salary workers have lost taxable declared revenues of approximately 5 billion euros in the period from 2011 to 2015, while the biggest losses have been sustained by taxpayers in Attica.

For the tax year 2016 (income declaration in 2017) taxpayers will pay more because of the tax basis from 9,636 last year to 8,636 annual income. Unmarried taxpayer with monthly income 700 euros will pay 200 euros more in taxes when compared to previous years.

Should Greece fail to reach the targets in 2018, another broadening of the tax basis lies ahead. From 8,636 euros currently it will fall down to 5,636. The current tax rate for employees and pensioners is 22%.

PS Taxing the poor is the perfect recipe of IMF’s neo-liberal policies.