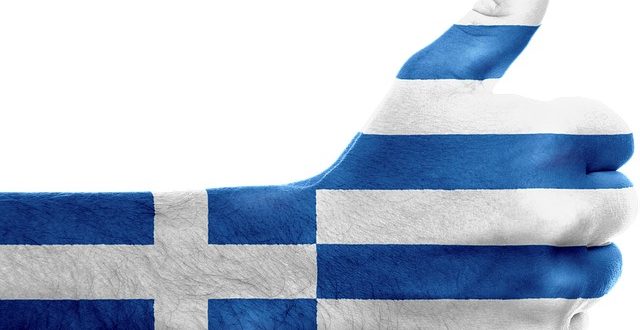 The much anticipated return to the bond markets is on. Greece’s government is returning to the financial markets for the first time since 2014. The bond sale started at 1 p.m. Monday noon July 24th. 2017. The government aims to raise some 4.03 billion euros from the auction, while the amount may increase depending on the non-competitive offers. Target is an interest rate much lower than 4.95%, at a level of 4.75%.

The Hellenic Republic announced a new notes offering and called on investors to register their offers. The offering is open for  24 hours.

Greece invites holders of its bond maturing in 2019 to tender them for cash or switch into new 5-year bond that will mature in 2022.

“The Republic announces today that it intends to offer new euro-denominated fixed rate notes due 2022,” according to an announcement posted on Hellenic Exchange website.

According to The Guardian, “as well as issuing new bonds, Greece is inviting investors who hold its existing five-year bonds to redeem them.

Those bonds expire in 2019, but Athens is prepared to swap them for cash now.”

The Guardian notes that Greece will be speaking to investors this afternoon, so we should get more details about how much it hopes to borrow, and on what terms.

According to media reports, the Greek finance ministry has set a goal of a 4.2% interest rate on the bond. But banking sources believe that will be hard to achieve and say an interest rate of between 4.3% to 4.5% is much more likely.

General Secretary for Fiscal Policy Frangiskos Koutentakis told the Athens-Macedonian News Agency (ANA) on Saturday, that the timing of Greece’s return to the markets would be chosen so that this return “is absolutely safe and successful.”

Koutentakis noted that the market interest rates for Greece’s debt will be higher than those of the European Stability Mechanism (ESM). He also pointed out, however, that the aim at present was not to find the cheapest borrowing rate but to gradually return the country to a normal state, where it was financed by the markets and did not depend on political lending from the official sector.

The yield on a Greek government bond maturing in 2019 fell on Monday to its lowest level since it was issued three years ago, Reuters reported. Analysts said the deal  Greece is offering was encouraging investors to snap up the existing debt in anticipation of being offered lucrative terms to switch into the new bond.

“It is normal that you would see the bond that Greece is looking to buy trading firmly in secondary markets,” said Mizuho strategist Peter Chatwell.

“If Greece wants to encourage investors to sell out of the old five-year and buy into the new five-year then it will have to come at a competitive price.”

The yield – which moves inversely to price – on the outstanding Greek bond fell as much as 40 basis points to 3.42 percent, its lowest since issue in April 2014.

So , July 24 2017 is a good timing? Apparently. One reason is that Greek bonds have been strengthening in recent weeks, showing that investors believe the risk of default has fallen.

The €4bn 4.75% 2019 bonds have been trading at a record low yield, bid below 3.5% according to Thomson Reuters prices, making it an opportune time for the country to issue its first deal since 2014.

If the test return to the markets is crucial for Greece as it has been practically banned form the bond markets since the beginning of the crisis. If the bond sale is successful, Greece has good chance to exit the vicious cycle of bailout agreements and loan funds. The 3.bailout program ends in August 2018.