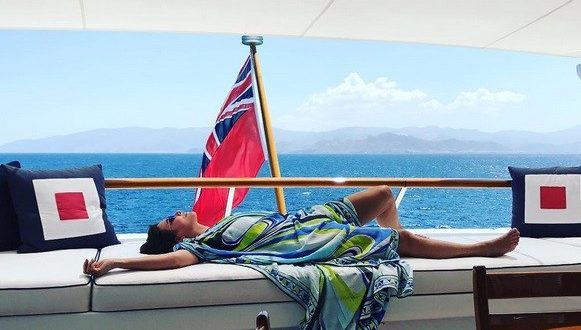 The mother and family manager of famous TV reality show Keeping up with the Kardashians, Kris Jenner enjoys Greece. She is sailing the Aegean Sea on yacht Flag owned by US fashion entrepreneur Tommy Hilfiger. On board are also Hilfiger’s Dee Ocleppo and their kids as well as celebrity interior designer Martyn Bullard.

Kris Jenner, the 61-year-old great looking mom, posted several pictures from the sailing through the blue waters of the the Saronic Gulf and the Aegean Sea, making a stop over here Hydra and another one there Santorini.

Kris Jenner at the edge

Kris Jenner and her friends

I see no picture of Kris Jenner and her 36-year-old boy friend Corey Gamble. Should I worry about their relation?

A couple of years ago, in April 2013, the Kardashian clan, including parents, landed on the exquisite island of Mykonos for a 10-day summer vacation.

The 18 family members were accompanied by a camera crew of 50 people. The Kardashians settled into several luxurious villas with stunning views and rented a luxury yacht.

The TV crew settled, of course, in a hotel.

They spend their time swimming, walking, eating, drinking, arguing and taking pictures and shooting footage for their reality show “Keeping up with the Kardashians”.

They pretended to ignore the local and international paparazzi who rushed to the island upon hearing of the arrival of the socialite family. 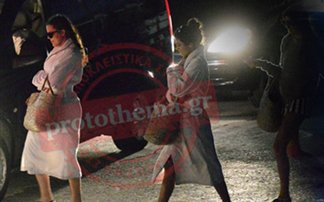 Occasionally their Greek vacation turned …surreal like in one evening when even went for a walk dressed with their bathrobes. 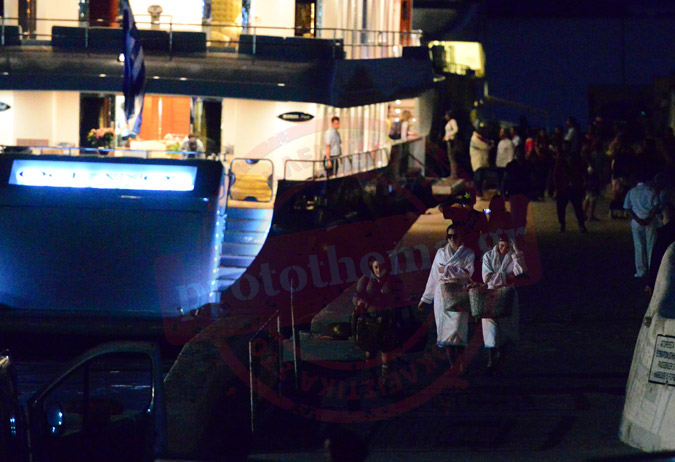 I still haven’t understood why the Kardashians are famous except for looking good and being famous. And have a clever mom.

Kris Jenner is an American television personality and business woman who rose to fame for starring in the reality television series Keeping Up with the Kardashians, together with her family.

She was first married to lawyer Robert Kardashian, and later to television personality and retired Olympic Games champion, Bruce Jenner. She has four children with Kardashian (Kourtney, Kim, Khloé and Robert) and two with Jenner (Kendall and Kylie).